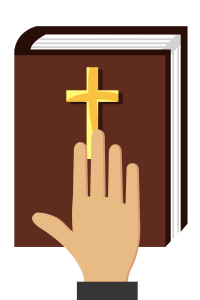 It’s the oath for courtroom witnesses. To tell The Truth. The Whole Truth. Nothing but The Truth.

Attorney Nicolle Martin agrees. Ever heard of her? Me neither… until I received an email from an organization I greatly respect — the Alliance Defending Freedom (ADF).

“Nicolle is an attorney in Colorado. One day in 2011, she was listening to… the radio. The featured guest… was [ADF] Founder Alan Sears. He was talking about the urgent need in our society to protect religious liberty and rights of conscience from increasing attacks.

“Nicolle felt the pull instantly. She loved the idea of using her skills as an attorney to help her fellow Christians and keep the doors open for the Gospel. That’s why she decided to attend the ADF Academy in 2012.

“The experience changed her life.

“During the event, Nicolle met other Christian attorneys from around the world. Together they were encouraged in their faith while being trained and equipped to defend religious freedom. Nicolle became one of more than 3,200 Allied Attorneys committed to transforming and restoring our legal culture.

“Before leaving the Academy, Nicolle and the other attorneys were challenged to do ‘one thing’ to help defend religious freedom. It could be something as small as writing a letter or helping a church set up its bylaws.

“The challenge from that Acadamy was fresh in Nicolle’s mind when she got home to Colorado and heard about a man named Jack Phillips in the news.”

I have written about Jack Phillips before. The case involving his business, Masterpiece Cakeshop, awaits a precedent-setting ruling by the U.S. Supreme Court before it adjourns in June.  https://championsofdestiny.com/when-the-sweet-turns-bitter/

Jack, a Christian and cake artist, declined to design a custom cake celebrating a same-sex wedding. Despite Jack’s offer to sell the couple anything else in his shop or design a cake for a different event, they filed a complaint against him with the government.  https://championsofdestiny.com/freedom-may-be-sweet-but-never-easy/

“God immediately put it on Nicolle’s heart that Jack’s situation was meant to be her ‘one thing.’ The next day, she drove to Masterpiece Cakeshop and introduced herself to Jack.

“I let him know … there’s an organization out there that will stand with you… stand in the gap for you, and you don’t have to go through this alone.”

That’s how Jack connected with his ADF attorneys. For a legal battle that led all the way to the Supreme Court.

#1: Encourage Christian attorneys you know to seriously consider the ADF Academy. Religious liberty challenges are increasing. So is the need for more attorneys who can and will stand with clients like Jack Phillips.   http://adflegal.org/training/adf-academy

#2: Redouble your prayers for a just outcome in Jack’s case. That business owners like him can continue to stand for TRUTH — God’s Truth.

Who will you tell about ADF’s Academy today?