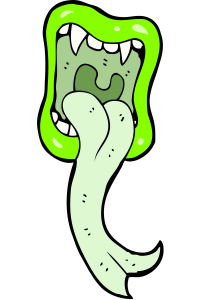 I’m a Walking Billboard. 🙂 Sporting t-shirts with messages I wear with pride. I can’t imagine anyone ever trying to force me to wear a message I couldn’t support… or worse, one that violated my beliefs.

But how about the person who prints those t-shirts? Is it OK to force him to print messages that violate his beliefs? Apparently the Lexington-Fayette (Kentucky) Urban County Human Rights Commission thinks it is not only OK… it is imperative.

This Commission ruled in 2012 that Hands On Originals, a local t-shirt printing company, violated the city’s fairness ordinance when it refused to print shirts for the 2012 Lexington Pride Festival. The t-shirts were ordered by Lexington’s Gay and Lesbian Services Organization (GLSO), so the refusal was judged to be sexual orientation discrimination.

Business owner, Blaine Adamson, disagreed. The message desired by GLSO — promoting sexual activity outside of marriage between a man and a woman — violated his Christian beliefs. He couldn’t in good conscience produce the t-shirts, but he offered to connect GLSO to another printer who would create the t-shirts for the same price he would have charged.  https://adflegal.org/detailspages/case-details/hands-on-originals-v.-lexington-fayette-urban-county-human-rights-commission

Instead, GLSO filed a complaint with the Human Rights Commission. Blaine’s attorneys, the Alliance Defending Freedom (ADF), moved for dismissal. The Commission refused… and found Blaine guilty. He was ordered to print the shirts, despite his religious objections.

ADF applealed to a Kentucky circuit court. In April 2015, the court reversed the Human Rights Commission and affirmed Blaine’s (and his company’s) right to decline to promote messages conflicting with their religious beliefs. In May 2017, the Kentucky Court of Appeals concurred… ruling in favor of Blaine and his company. Even after two court defeats, the GLSO was still not satisfied… worried about the precedent this might set for future cases.   https://www.theblaze.com/news/2017/05/15/kentucky-court-hands-christian-business-owner-huge-victory-in-fight-to-preserve-religious-freedom

In October 2017, the Kentucky Supreme Court agreed to hear the case. The Kentucky governor, ten states, as well as scholars and other groups — including some that support LGBT legal causes — have filed briefs in support of Hands On Originals. This broad and diverse support recognizes the far-reaching implications of this ordinance putting free speech at risk…

For now, the jury is still out… or rather, the Kentucky Supreme Court.

Remember what our moms used to tell us? “If you can’t say something nice, don’t say anything at all.”  But this is another axiom altogether: “If you can’t say what we demand that you say, we will make you anyway… or else.”

What’s wrong with this picture?