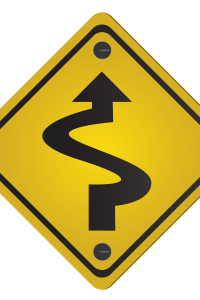 Gary Heavin dropped out of college at age 20. He dreamed of becoming a doctor and was studying pre-med. He ran out of funds. At his brother’s encouragement, he took over a failing fitness center in Houston, Texas.

Gary didn’t know anything about business. His first year was terrifying. He persevered… and built that center into a 14-location business chain. He became a millionnaire by age 25.  https://en.wikipedia.org/wiki/Gary_Heavin

How would you grade his business success?

Gary let overhead exceed revenues. He drifted from his target market and his core competency. He lost everything — his house, his airplane, his cars. His wife divorced him. He filed for bankruptcy. He landed in jail for failure to pay alimony. http://www.the-net-worth.com/2016/07/gary-heavin/

How would you grade his life success?

At the age of 37, Gary had a remarkable turnaround. At the hands of The Turnaround Master — Jesus Christ. After a jail cell awakening, he became a born-again Christian and dedicated the rest of his life to the Lord.

The rest is, as they say, history. A history of mountaintops and valleys.

But to Gary, it all made sense.

“It’s kind of like Moses in the Bible. I spent 10 years in Egypt. That was the old health care business… I spent 10 years in the desert… Then at age 40 it all came together. Everything we tried, worked. We entered into the Promised Land.”   https://www.inc.com/magazine/20061001/curves.html

Curves became the world’s largest fitness chain. By 2004, the company had more than 8,000 locations worldwide. At its zenith, Curves International had four million members and systemwide revenue in excess of $1 billion.  https://www.inc.com/magazine/20061001/curves.html

Gary credits this success to his low-overhead business model, incorporating a simple, 30-minute circuit training regimen. Franchises could open profitably in towns too small for other gyms. The average club has only 400 members — sustainable for a town of 10,000.  https://www.inc.com/magazine/20061001/curves.html

Gary was commited to operating Curves on the basis of Christian values. And he personally donated millions of dollars to pro-life organizations, contrary to the skepticism of some critics.  http://www1.cbn.com/700club/weighing-curves-founder-gary-heavin/   https://www.snopes.com/fact-check/curves/

What goes up must come down. Although still the largest fitness chain in the world, Curves franchises have closed at an alarming rate. The jury is still out on the root cause.

Adversity invites scrutiny — economically and spiritually. At least some voices question the authenticity of the company founder’s faith.  http://fortmanlaw.com/gary-heavin-man-of-god-or-man-of-money/

What’s the Truth? The Lord knows. Whatever it is… We’ve all fallen short (Romans 3:23). Salvation comes by grace alone, not our performance (Ephesians 2:8-9). The Lord has begun a good work in us — a work that, thankfully, isn’t yet finished (Philippians 1:6).

Where would we be if God graded on a curve?