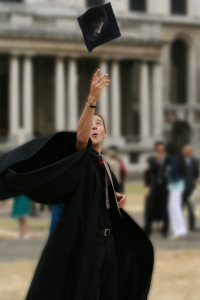 It concerns ministry in the marketplace (from an employment perspective). And it signals the potential impact of post-Christian culture (and/or Christian witness) on generations to come.

Martin Gaskell was a leading candidate to be the founding director of a new observatory at the University of Kentucky in 2007. He was not hired, however. Not problematic on its face — candidates apply for jobs and are either selected or rejected. Right?

Except, in this case, the problem was the reason Gaskell was rejected.

According to the Louisville Courier-Journal (December 10, 2010), “Gaskell had given lectures to campus religious groups around the country in which he said that while he has no problem reconciling the Bible with the theory of evolution, he believes the theory has major flaws. And he recommended students read… critics [of evolution] in the intelligent-design movement.”  https://ncse.com/news/2011/01/settlement-gaskell-case-006427

How did the University find out about this? Through an Internet search — common (and wise) practice now, in the vetting of job candidates.

Gaskell’s Evangelical Christian faith was on display. Which became the crux of the lawsuit he filed against the University: Did his faith cost him the job? Do certain religious beliefs make someone unfit for certain jobs?  http://www.nytimes.com/2010/12/19/us/19kentucky.html

Dr. Gaskell asserted in the lawsuit that, at the end of his interview, the chairman of the physics and astronomy department asked him about his religious beliefs. The chairman subsequently said his beliefs and his expression of them “would be a matter of concern to the Dean.”    http://www.nytimes.com/2010/12/19/us/19kentucky.html

Federal law prohibits discrimination on the basis of religion. I know from my own history as Director of Personnel for a 3,100-employee company that interviewers do not normally ask about a candidate’s faith.

The New York Times article goes on to quote a department staff member’s email to the chairman, after she had discovered Gaskell’s faith-based content on the Web: “Clearly [Dr. Gaskell] is complex and likely a fascinating man to talk with… but potentially evangelical. If we hire him, we could expect similar content to be posted on or directly linked from the department Web site.”    http://www.nytimes.com/2010/12/19/us/19kentucky.html

Potentially evangelical? Wow. Does anyone else see a major red flag here? Imagine this comment being made in any other employment setting — public or private.

The University rejected Gaskell for the job. But a settlement was reached in the lawsuit, leading to its dismissal. The University, while admitting no wrongdoing, agreed to pay Gaskell and his attorneys $125,000. Each party was responsible for their own court costs and attorneys fees.

The University’s counsel, Barbara Jones, concluded: “Importantly, as the settlement makes clear, the University believes its hiring processes were and are fundamentally sound and were followed in this case. … We are confident that a trial court and the members of the jury would have agreed at the conclusion of all the evidence.”   https://ncse.com/news/2011/01/settlement-gaskell-case-006427

What are the real implications here for Higher Learning?