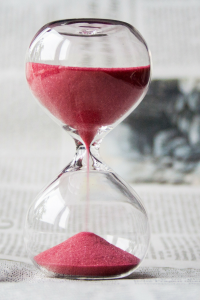 My heart is heavy today, Lord.

A friend is leaving tomorrow morning. Returning to his home far away. Two months earlier than normal. His wife became ill and was already flown there by medical transport. It’s unclear how much longer she may have. He has significant medical issues of his own.

But they have now reached Life-and-Death intersections in their respective journeys. Neither their stature nor their wealth is providing the answers they need.

“What good is it for someone to gain the whole world, yet forfeit their soul?”  (Mark 8:36)

I have tried to reach out to them, Lord… with more than just a delicious home-cooked meal. You are the real Bread of Life, after all. They have gladly accepted the earthly feasts, but politely rejected The Eternal One.

You also enabled me to reach out in a way that surprised me, Lord. Last year, just after You graciously brought my book out into the world: Victory in The Valley – 7 Secrets to Overcoming Life’s Worst and Savoring Life’s Best.

They had heard from some other friends that I had published a book. They asked me what it was about.

“… in your hearts revere Christ as Lord. Always be prepared to give an answer to everyone who asks you to give the reason for the hope that you have. But do this with gentleness and respect…” (1 Peter 3:15

I answered their question, Lord. How could I do so without mentioning You? I couldn’t. I told them about You. I was simply stating facts. They listened politely… saying nothing. I mean, nothing.

Months later, they surprised me with a comment:  “By the way, we read your book..” Then a second equally-surprising comment: “It was actually quite good.”  No opening for conversation. Just another statement of fact.

As I looked into his eyes this morning, my heart broke. I saw his fear… his uncertainty… his hope-lessness. How will he make it home? Will his wife still be alive when he does? What will the future hold — with or without her? And other questions I don’t dare to imagine…

So in my heartbreak today, Lord, I pray…

… with thanksgiving, for the opportunities You have given me to love them toward You.

… with regret, for the times I missed the boat and loved them less than You wanted.

… with Hope, that You will make Yourself known to each of them as only You can.

In unmistakable and irresistible ways. Because time is running out.