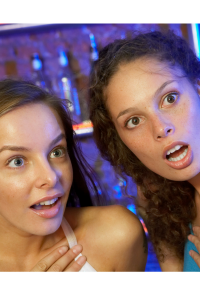 Wow, Lord. We never know when You are going to position us to share with other Valley travelers. So that they, too, can find Victory there… Amen?

My latest opportunity was at a women’s networking event two days ago. Sponsored by a retail business 35 miles from where I live.

We have started holding such events at businesses whose owners are members of our group. To boost awareness about them… and, hopefully, their revenue.

Isn’t that what networking is about? On one level, perhaps. But You operate on another level altogether… don’t You, Lord?

“As the heavens are higher than the earth, so are My ways higher than your ways and My thoughts than your thoughts.”  (Isaiah 55:9)

Only eight women came. I knew several and nurtured my relationships with them. For that, I was grateful. Yet it wasn’t until I was ready to leave that I discovered the real reason You had sent me there.

The reason was a person. A stranger to me, who arrived shortly before I was going to leave. In Your perfect timing, Lord.

She is a relative newcomer to the community. Coming just a few years ago. Knowing no one (except the family arriving with her). Through networking events like these, she has made many new friends.

She had taken over a failing business. A business whose former owner had left not only its finances in disrepair, but also its reputation.

My first question was, perhaps, an obvious one: Did you change the name? She couldn’t change the business name, due to franchise requirements. So she had to something far more radical.

She had to change its essence. Even as You, Lord, were starting to change hers.

“I will give you a new heart and put a new spirit in you; I will remove from you your heart of stone and give you a heart of flesh.”  (Ezekiel 36:26)

When did her life move from difficulty to implosion?

Step Five: A fresh start… somewhere. To the city where we just met.

For the kind of conversation that rarely happens at a networking event. Why did You move us so quickly, Lord, from superficial small talk into deep waters of intimate disclosures?

“For I know the plans I have for you,’ declares the Lord, ‘plans to prosper you and not to harm you, plans to give you hope and a future.'”  (Jeremiah 29:11)

Whatever plans You have for us, Lord, I say: Have Your way. Soon, she’ll have the book You entrusted to me, Victory in The Valley, in her hands. Perhaps soon thereafter, she will have Victory in her heart and life, too…

… the kind of Victory only You can bring.