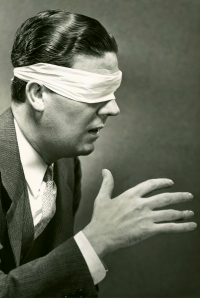 The Lord just used a dear friend to provide today’s post. Through a Facebook message he forwarded to me. Written 18 months ago, describing what was (for the post’s writer) a once-in-a-lifetime experience.

But I bet the same thing happens every day.

Because the event described is evidence that the real Owner of the company where it happened has built a culture unlike most others. A culture that doesn’t just “tolerate” such behavior. It encourages and applauds it.

Chick-fil-A is a headliner in today’s Culture War. Vilified by those who object to the biblical stance it takes on social issues — with grace, yet without apology. Lauded (and supported with business) by others who agree.

But here’s a story of one Chick-fil-A manager who embodied much of what Chick-fil-A (and its real Owner, Jesus Christ) hold dear. When no one was watching.

Blind to everyone else, he served the one… before an audience of One.

A father, and his daughter were at Chick-fil-A — their favorite “daddy/daughter spot.” Why? It was clean. The food was “so good.” And the playground was a “tractor beam” for children.

They finished lunch and prepared for dessert. His daughter wanted to eat her cone at a table inside instead of their normal spot, his truck. Surely, this was the Lord’s design. Because they had a front-row seat to an impromptu Blessing.

A homeless traveler had entered, asking for any extra food. Fresh mud caked his obviously well-worn shoes. Perhaps in response to his matted hair and overgrown beard, people nearby kept their distance.

As he waited for the manager, he spoke to people. They responded, but guardedly. Their reluctance didn’t escape the observing dad. It must have been obvious to the homeless man, too. He smiled anyway.

When the manager came, the father could only hear a few of his words. He said he would love to give the homeless man a full, warm meal — not just scraps or extras. He asked only one thing: Could he pray for him first?

So there in that busy Chick-fil-A stood that manager, with his hand on the shoulder of his unexpected guest. Both heads (and hearts) bowed in prayer.

The daughter asked her dad what was happening. When he told her, she bowed her head, too.

Business was booming that day. With the hustle and bustle of customers entering and exiting. How many noticed? No matter. Perhaps it was meant only for this father and his daughter. And, since then, for everyone who will ever hear this story.

That’s real Kingdom POWER. When a Christian business owner’s passion for marketplace ministry — Truett Cathy, founder of Chick-fil-A — is so ingrained in the culture that one manager at one location becomes the hands and feet of Jesus.

To one who needs Him so much more than a chicken sandwich.

Is it any wonder Chick-fil-A is a favorite daddy/daughter spot?