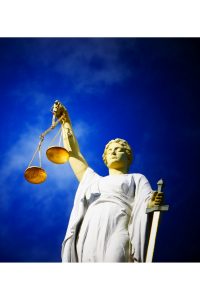 Many of the attacks on religious liberty begin (or end up) in the legal arena. Where aggressors are often well-funded, in many cases by tax dollars. Ironically, from many taxpayers who would disagree with such use of their money, if they knew its purpose.

Even the threat of this legal action instills fear in many Christians, and keeps them more timid than we are called and equipped to be. “For the Spirit God gave us does not make us timid, but gives us power, love and self-discipline.” (2 Timothy 1:7)

Founded in 1997, FLI is the largest legal organization in the nation dedicated exclusively to protecting religious liberty for all Americans. Its mission — to protect religious freedom for all — is based in the core belief that “true religious liberty means recognizing the fundamental right of every individual — including all ages, races, genders, and faiths — to follow their conscience and to live according to their beliefs.”   https://firstliberty.org/about-us/

FCI has argued and won cases at every judicial level, including the U.S. Supreme Court. For an overview of key victories over the years, see https://firstliberty.org/about-us/timeline/

Such legal battles can last five years (or more). How can any business, large or small, afford to fund such an endeavor AND maintain a viable economic enterprise?

It can’t. So here’s the deal: First Liberty Institute is a non-profit organization. Although it employs 12 highly-credentialed staff attorneys, its success strategy involves also partnering with elite volunteer lawyers from across the nation, including the top law firms in the United States.

Thanks to these volunteer attorneys and the generosity of private supporters and foundations… First Liberty offers people of faith the highest caliber of legal assistance absolutely free.

And their track record is impressive (some say unprecedented): They win over 90% of their legal matters.

FLI focuses on religious freedom in four critical areas: 1) churches and other religious organizations; 2) the military; 3) schools; and 4) the public arena (which includes the workplace – employers and employees, religious speech, and public displays and monuments).

FLI also produces resources to educate Americans about what religious freedom means, why it is important, and how it can be protected and advanced. Those resources include…

… several Religious Liberty Kits for those in the military (e.g., https://firstliberty.org/rights/religious-freedom-in-the-military-faq/)

Among those who praise First Liberty’s work are familiar names on the national scene:

“First Liberty is the critical place to invest in the future of religious freedom.” Norm Miller, Chairman, Interstate Batteries

“First Liberty Institute and Kelly Shakelford are at the forefront of the intensifying battle to preserve our religious freedom. I’ve known of their work for years, and today it’s more important than ever.” Mike Huckabee, former Governor of Arkansas.

“Because First Liberty does what it does, ministers like me can do what we do.” Dr. Charles Stanley, In Touch Ministries.

Encouraging words for such a time as this… Amen?!