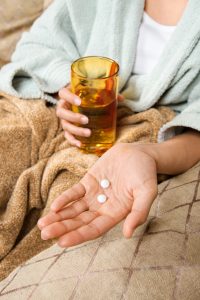 What would you find too hard to swallow?

On Monday, I introduced Hobby Lobby — founded and owned by devout Christians who desire to honor the Lord through their marketplace influence (see https://championsofdestiny.com/when-faith-is-far-more-than-a-hobby/).

Obamacare passed, imposing a mandate on businesses to include contraception in their employee health care plans. Enter the spectre of Abortion. Hobby Lobby’s owners found their faith challenged. They filed suit, seeking an exemption.

The result? Defeat at the lower court.  🙁  Victory on appeal.  🙂  The Government persisted.  🙁  The U.S. Supreme Court took the case (incorporating a separate but similar case involving two other companies with similar religious objections).

The core issue?  Whether the Religious Freedom Restoration Act of 1993 (RFRA) permits the U.S. Department of Health and Human Services (HHS) to demand that three closely-held corporations provide health-insurance coverage for methods of contraception that violate the sincerely-held religious beliefs of the companies’ owners.

Justice Alito wrote the majority opinion: We hold that the regulations that impose this obligation violate RFRA, which prohibits the Federal Government from taking any action that substantially burdens the exercise of religion unless that action constitutes the least restrictive means of serving a compelling interest. (My emphasis)

Were the business owners exercising their religion? Yes. As a result of their deeply-held religious convictions, they object to abortions. They believe life starts at conception. The four contraceptive methods at issue are abortifacients (drugs taken after conception which cause an abortion). The owners believed if they were to comply with the HHS mandate, they would be facilitating abortions.

Was the Government’s penalty for non-compliance substantially burdensome?  Yes. The companies’ fines would be $1.3 million per day, or about $475 million per year. Justice Alito asserted: If these consequences do not amount to a substantial burden, it is hard to see what would.

Did the Government’s mandate represent a compelling interest? The Court assumed Yes.

Was the mandate, as applied to these three companies with religious objections, the least restrictive means of providing women with that access? The Court said NO. There are other ways in which Congress or HHS could equally ensure that every woman has cost-free access to the particular contraceptives at issue here and, indeed, to all FDA-approved contraceptives.

In fact, HHS had already devised and implemented a system to respect the religious liberty of religious nonprofit corporations while ensuring their employees had access to these contraceptives. HHS provided no reason why the same system could not be made available when owners of for-profit corporations have similar religious objections.

But first… some Food for Thought:

How can the “little” guy or gal whose religious rights have been violated hope to stand up to the massive resources and staying power of the government (on any level — local, state, federal)?