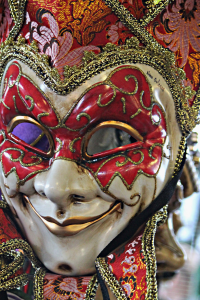 Every day for the past three days, Lord, I have asked You for great favor.

For us and for our fishing guides. Here in Sioux Lookout, Ontario. An abundance of Your favor that would glorify You and be a witness of Your Amazing Grace.

Why am I not surprised that You did exactly that?!   🙂

Thank You, Lord. The fishing has been amazing! (Of the fin kind, too. Isn’t the best fishing, after all, of the spiritual kind?)

We’ve had two guides. The first guy, though young, is pretty experienced. In his 20s. Started fishing shortly after he learned to walk. (Almost). 🙂

We had a great day on the water, catching lots of walleye. Then he said something so profound, I had to write it down. So I wouldn’t forget.

“Going nowhere… but getting somewhere.”

He was describing his life right now. He isn’t sure what he wants to do… except leave this town he grew up in. He wants to go… everywhere.

He spends most of his time hanging out with his buddies. Doing nothing. Liking it. “Going nowhere… but getting somewhere.”

How true this is for so many people, Lord. It was for me, for so long. Before You came along.

Because the truth is, until we find You — and welcome You into our hearts — we’re all going nowhere fast. And nowhere really is a somewhere. Though, without You, it isn’t a somewhere we want to be.

Our second guide is Ojibway — a tribe of the First Nations. In his late 30’s. A Master fisherman (having achieved numerous awards for trophy fish of various species).

You wouldn’t leave me alone, Lord. You wanted me to ask him about his spiritual journey. He dropped a couple of veiled hints. He’s on a quest.

So, today, I invited him to share… if he was willing. And he told me what he has told few others.

He’s lived a rough life. Rough enough that he was critically injured in a fight. He actually died… for ten minutes. He described his experience on “the other side.”

He saw and heard things that changed his life. He was told to return to Earth. His work was not finished. He was given a message to share.

He said the voice was Yours, Lord. “God.” Was it? Or was it someone pretending to be You?

There was no time or opportunity to learn more of what was said to him. To discern whether it rang with Truth. Or not.

Will the message lead people closer to You, Lord? Or away from You? Important to know. Because sometimes Satan masquerades as an angel of light.

But our fishing all three days? Spectacular! More action than either guide is accustomed to having.

It was You, Lord, giving us great favor. Because I had asked You…. and You had clearly said, Yes! So I told them about You. In various ways during our time together.

Now… It’s Your move, Lord. Thanks for letting me be a tiny part of their journey!