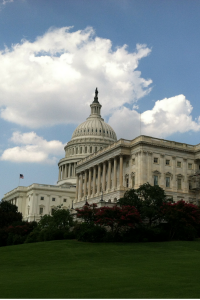 The healthcare sector is arguably the largest employer in our economy, through both public institutions and private companies. As such, a major recent shift in the public sector is worthy noting.

On January 18, 2018, the U.S. Department of Health and Human Services (HHS) created a new division in its Office of Civil Rights. The new division will be devoted to “protecting rights of conscience and religious freedom.”

On January 19, 2018, HHS’ Centers for Medicare & Medicaid Services (CMS) announced a new proposed rule to enforce 25 existing statutory conscience protections for Americans involved in HHS-funded programs. These protections keep people from being coerced into participating in activities that violate their consciences, such as abortion, sterilization, or assisted suicide.   https://www.hhs.gov/about/news/2018/01/19/hhs-takes-major-actions-protect-conscience-rights-and-life.html

Acting HHS Secretary Eric Hargan declared, “Today’s actions represent… a rollback of policies that had prevented many Americans from practicing their profession and following their conscience at the same time. Americans of faith should feel at home in our health system, not discriminated against…”

Office of Civil Rights Director Roger Severino, added: “Conscience protection is a civil right guaranteed by laws that too often haven’t been enforced. Today’s proposed rule will provide our new Conscience and Religious Freedom Division with enforcement tools that will make sure our conscience laws are not empty words on paper, but guarantees of justice to victims of unlawful discrimination.”   https://www.hhs.gov/about/news/2018/01/19/hhs-takes-major-actions-protect-conscience-rights-and-life.html

Thomas More Society (TMS) — a Chicago-based, not-for-profit, national public interest law firm — applauded this HHS decision.  Dedicated to restoring respect in law for life, family, and religious liberty, TMS defends and fosters support for these causes by providing high quality pro bono legal services from local trial courts all the way to the United States Supreme Court.   https://www.thomasmoresociety.org/about/   TMS is now offering its pro bono legal support to doctors, counselors and other health workers who believe they have been subject to such discrimination.

These announcements were also met with opposition.

“This will impose a broad religious refusal policy that will allow individuals and institutions to deny basic care for women and transgender people. We know from experience that denial of care compromises care,” said Dana Singiser, VP of government affairs for Planned Parenthood.   https://www.washingtonpost.com/national/health-science/trump-administration-creating-civil-rights-division-to-shield-health-workers-with-moral-or-religious-objections/2018/01/17/5663d1c0-fbe2-11e7-8f66-2df0b94bb98a_story.html?utm_term=.71d902e6f8d5

The legal director for the Human Rights Campaign told the Washington Post this policy would “devalue the humanity of LGBTQ people. Every American deserves access to medically necessary health care, and that health care should not be determined by the personal opinions of individual health care providers or administrative staff.”

An ACLU representative added: “[Religious Liberty] gives you a right to your beliefs, but it doesn’t give you the right to impose your beliefs on others or harm others.”

If a Christian physician’s objection to participating in an abortion is grounded in religious belief, is that belief merely a personal opinion carrying no weight?

If an atheist wants to force that physician to perform an abortion, should their lack of religious objection carry more weight?