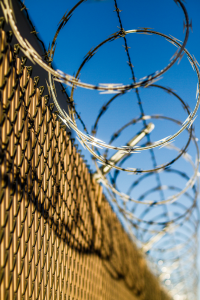 What are the stages of religious persecution in a society? Would it be helpful for us to know them… so we (anyone affected) could better assess where our present experience falls on that continuum?

So we could help each other do something about it?

Johnnette Benkovic, from Women of Grace, identified Five Stages of Religious Persecution in 2014. She was speaking at a fundraiser in Washington DC for WMET 1160 AM, a station in the Guadalupe Radio Network. She identified these five stages as both a point of information and a summons to courage.

Msgr. Charles Pope, of the Diocese of Washington, heard her speak… and added his own commentary in a blog publshed under the auspices of Community in Mission: Creating a Culture of Encounter.   http://blog.adw.org/2014/09/the-five-stages-of-religious-persecution/

As you read the Msgr.’s blog (highlighted below), be thinking: Which stage(s) best characterize(s) our U.S. culture in early 2018?

Stage 1: Stereotyping the targeted group. Taking a quality or observation from a limited number of people and generalizing it to represent an entire group. For example, consistently describing Bible-believing Christians as a sad, angry, boring, backward, repressed lot… a laughable group, caught in a superstitious past, incapable of throwing off the “shackles” of faith.

Stage 2: Vilifying the targeted group for alleged crimes or misconduct. Indignation toward Christians arising from depictions of Church history as a litany of bad and repressive behavior as it conducted crusades and inquisitions, hated Galileo and all of science. Ignoring or discounting positive Church contributions (e.g., founding of universities and hospitals, preaching the Gospel that brought order and civilization following the Roman Empire, etc.).

Stage 3: Marginalizing the targeted group’s role in society. Growing secularization of society. Banishing faith from the public square, claiming it belongs only behind the walls of Church or home. Unacceptable, even intolerable, to mention God, pray publicly or bring Christian faith to bear on matters of public policy. Opposition to Nativity scenes, Christmas trees, “Merry Christmas”… even the colors red and green during school “Holiday Season” celebrations.

Which stage(s) best characterize(s) our U.S. culture in early 2018?

More importantly… What should we do about it?