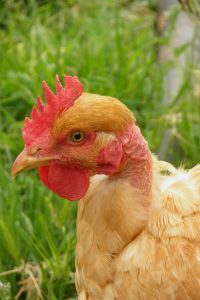 Maybe it’s because my “chicken roots” run so deep.  🙂  From my family’s wholesale poultry business to my affectionate “Chicken Lady” nickname at spice giant McCormick & Company, for the development and launch of a highly-successful line of chicken sauce blends.

Is this why my favorite fast-food restaurant is Chic-fil-A? Maybe, in part. But mostly, it’s because it’s a great company with a great product… built on a Great Foundation.

Truett Cathy was a Christian who built his life and business on hard work, humility and biblical principles. He wanted Chic-fil-A to be about more than selling chicken. He wanted to be part of his customers’ lives and their communities.   http://truettcathy.com/TruettCathyBiography.pdf

Cathy was an industry innovator from the moment he launched Chic-fil-A’s predecessor, the Dwarf Grill, in 1946.

And although ALL of his competitors were open seven days a week, Cathy established a radical precedent for his eateries that has endured ever since.

Chic-fil-A is closed on Sundays.

This decision was both spiritual and practical. Cathy believed all Chic-fil-A Operators and employees should be able to rest, spend time with family and friends, and worship if they chose to do so.   https://www.chick-fil-a.com/About/Who-We-Are

“Give, and it will be given to you. A good measure, pressed down, shaken together and running over, will be poured into your lap. For with the measure you use, it will be measured to you.” (Luke 6:38)

No one can argue with the numbers.

At Cathy’s death in 2014, there were 1,800+ Chic-fil-A restaurants in 40 states and Washington, DC… delivering an unparalleled record of 47 consecutive years of annual sales increases.   http://truettcathy.com/TruettCathyBiography.pdf

Chic-fil-A is dominating the fast-food industry, generating more revenue per restaurant (in 6 days) than any other fast-food chain in the U.S. In 2016, Chic-fil-A’s average sales per restaurant were $4.4 million. Its fried chicken competitor, KFC, sold $1.1 million that year. http://www.businessinsider.com/why-chick-fil-a-is-so-successful-2017-8

True to his desire to positively impact his customers and communities, Cathy founded WinShape Foundation in 1984 — to “shape winners” in life through a variety of scholarships and youth programs.

WinShape provides experiential leadership and community training to 120 students at Berry College (Rome, Georgia), plus a $4,000 scholarship to those who enroll there. And since 1973, the Foundation has given more than $32 million in $1,000 scholarships to Chic-fil-A employees.

WinShape Homes operates 13 foster care residences, providing a safe and secure home to more than 450 children, where they can grow physically, spiritually and emotionally.

WinShape Camps impact 18,000 youngsters each summer from around the country, through experiences that enhance their Christian faith, character and relationships.

Thankfully, Cathy provided for the Christian foundation of Chic-fil-A to continue after his death. It remains a family-owned business, with his children leading the company and foundation.

In the future, Cathy established (by contract) that Chic-fil-A will always remain a privately-held company. So its mission — “to glorify God by being a faithful steward of all that is entrusted to us” — can never be compromised. https://www.theatlantic.com/business/archive/2014/09/chick-fil-a-selling-chicken-with-a-side-of-god/379776/