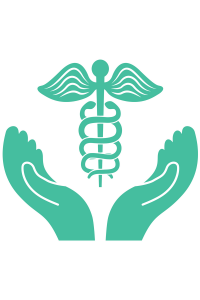 The healthcare industry plays an increasingly significant role in our economy… Amen? And there is no shortage of debate about the societal challenges we face as we try to achieve a balance of widescale access to affordable, quality healthcare.

After being an observer of healthcare services for most of my life, apart from annual physicals and their related tests, I became a big-time consumer seven years ago. Thanks to cancer — that unwelcome visitor who came totally without warning or family precedent.

I am grateful to now be CANCER FREE! And grateful that I had both health insurance and the financial ability to afford the co-pays that came my way.

I ran into a lot of healthcare providers during that journey, including physicians of various kinds. As I blog about business owners advancing their faith in the marketplace, it occurs to me that I should not leave out those physicians.

I was treated (and blessed) by those of faith and those without faith. So today, I thought it might be interesting to venture into that territory where physicians and faith intersect.

I came across a very interesting research study — the first of its kind, sponsored by the University of Chicago and published in the July 2005 Journal of General Internal Medicine. I was surprised by the findings. So were the researchers! Check it out.   http://chronicle.uchicago.edu/050714/doctorsfaith.shtml

The following statistics are all drawn from the article’s synopsis:

76% of doctors believe in God and 59% believe in some sort of afterlife.

90% of doctors in the U.S. attend religious services at least occasionally, compared to 81% of all adults.

55% of doctors say their religious beliefs influence how they practice medicine.

The study was conducted in 2005. It is now 2018, so we could wonder how the last 12+ years may have impacted these physicians… or those who have been credentialed since. Still… pretty fascinating data.

The study’s author, Farr Curlin (Instructor in Medicine and a member of the MacLean Center for Clinical Medical Ethics at the University), asserts: “We suspect that people who combine an aptitude for science with an interest in religion and an affinity for public service are particularly attracted to medicine. The responsibility to care for those who are suffering and the rewards of helping those in need resonate throughout most religious traditions.”

Even so, 61% of doctors say they “try to make sense” of a difficult situation and “decide what to do without relying on God.”

Tune in Wednesday to see what became of some physicians who do the opposite! And check out “Science and Faith Can Work Together in Medicine” for references to other fascinating research data.    http://www.doesgodexist.org/JulAug09/ScienceandFaith-Medicine.html

What about your doctors?

How has their faith (or lack thereof) impacted their care for you?