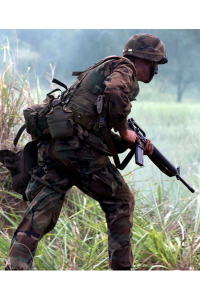 Is this really true? If so, who gives (and/or assumes) such corrupting authority?

Allen Ginsberg, one of the 20th century’s most influential poets, was a founding father of the revolutionary countercultural Beat Movement. He “championed gay rights and antiwar movements, protesting the Vietnam War and coining the phrase ‘Flower Power.'”   https://www.biography.com/people/allen-ginsberg-9311994

His poem, Howl, became a key manifesto for his movement. Considered obscene at the time, Ginsberg was tried for its content… then vindicated by the presiding judge who ruled the poem had merit.  https://www.biography.com/people/allen-ginsberg-9311994 AND http://www.wussu.com/poems/agh.htm

Ginsberg lived from 1926 to 1997, but his theory lives on. “Whoever controls the media, the images, controls the culture.”  https://www.goodreads.com/quotes/74306-whoever-controls-the-media-the-images-controls-the-culture.”

Who has controlled our culture’s media and images for the last 100 years? The last 50? Those old enough to remember have seen a steady progression (regression?) in the normalization (celebration) of values once thought to be anathema to civilized society.

Think of the TV shows… movies… video games… bestselling books… How has the picture of what’s normal — desirable — changed? How has the representation (therefore, perception) of Christianity changed? When God is ejected from the public square (or despised in the private ones), what cultural values and norms inevitably emerge?

Jack Stafford’s compelling editorial appeared in News & Advance on May 24, 2018. He referenced the 1800 presidential campaign between incumbent John Adams and challenger Thomas Jefferson. He called it one of the most acrimonious in history.   http://www.newsadvance.com/opinion/letters_to_editor/letters-to-the-editor-for-thursday-may/article_06de11dc-5ecb-11e8-9662-b33d48ea4ccc.html

Adams branded Jefferson “the greatest villain in existence” and “a howling atheist” who would bring the wrath of God down on the country. Jefferson assailed Adams as a man with “extreme egotism, distempered jealously, and ungovernable temper.”  http://www.newsadvance.com/opinion/letters_to_editor/letters-to-the-editor-for-thursday-may/article_06de11dc-5ecb-11e8-9662-b33d48ea4ccc.html

Jefferson won. But what happened next, over years, bears scrutiny. Adams and Jefferson exchanged many letters — yes, snail mail! — and reconciliation took place. Making Stafford’s conclusion a compelling exhortation to us today:

“‘Honorable regard’ is missing from today’s dialogue. Discourse is marred by corrosive rhetoric from those who seek advantage, not enlightenment. We hear it from cable news, talk radio and everyday conversation. We read it on social media and letters to editors. Partisan matadors and recalcitrant politicians wield invective rather than practice the dying art of compromise. Democracy merits better treatment characterized by civility and reasoned argument.

“It is more than a pipe dream. The antagonists of 1800 both passed away on July 4, 1826. As he lay dying, Adams briefly rallied to speak well of Jefferson, his friend.”   http://www.newsadvance.com/opinion/letters_to_editor/letters-to-the-editor-for-thursday-may/article_06de11dc-5ecb-11e8-9662-b33d48ea4ccc.html

Jesus Christ was the greatest Revolutionary who ever lived. And He lives, still. There is no Authority higher than His. His Power is unequalled. No real Kingdom POWER is possible apart from Him. With Him, even enemies can be loved into His heart.

What is today’s POWER Rx, Church?

Wake up! Pray up! Stand up! And don’t give up or let up until everyone in your sphere of influence has heard about Jesus!