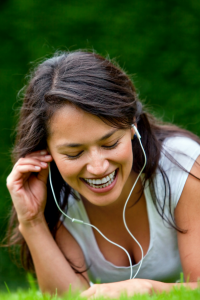 I can see the motto now. The motto of a movement that is simultaneously subtle and transformational. A movement designed to get under people’s skin in a way that changes what they think and do.

The motto? Sing a Song, Change the World!

Science has produced fascinating studies regarding the impact of music and lyrics on both brain and behavior. Here are two, addressing impacts on children and youth… even pre-born babies in the womb!

Study #1: Impact of Music, Music Lyrics, and Music Videos on Children and Youth. Published in 2009 by the American Academy of Pediatrics. The abstract warns pediatricians and parents to be aware of this information and to “take a stand” regarding music lyrics.

As for lyrics, findings indicate a teenager’s preference for certain types of music could be correlated or associated with certain behaviors. And as for music videos, findings warn that exposure to violence, sexual messages, sexual stereotypes, and use of substances of abuse in music videos might produce significant change in behaviors and attitudes of young viewers.

Study #2: The Power of Music: Pioneering Discoveries in the New Science of Song, by Elena Mannes (2011). During an NPR radio broadcast, Elena noted that music stimulates more parts of the brain than any other human function. Revealing enormous potential to change the brain and how it works.

Furthermore, groundbreaking research by Sheila Woodward — while at the University of Capetown (South Africa), working with the Institute of Maritime Technology — resulted in a tiny waterproof hydrophone that could be (and was) safely implanted in the womb. Recordings revealed that pre-born babies responded to the presence of the music, and echoed the mother’s response to the music’s quality.

Why all this talk about the scientific and transformational power of music? Because of today’s profile of a Christian businessman who spent a lifetime trying to harness that power for Kingdom PURPOSE.

William Ray “Bill” Hearn was the Chairman and CEO of Capitol Christian Music Group (CCMG) until December 2017, when he passed away at age 58 after battling cancer. For the previous 25 years, he played a leading role in the sale and transition of the family-owned Sparrow Records (founded by his father) to EMI Music.  https://www.billboard.com/articles/news/obituary/8063651/bill-hearn-capitol-christian-music-group-ceo-dead-58

Bill’s vision? In his own words, “To impact culture and resource the Church with quality and culturally relevant music and products consistent with a Biblical worldview.”   http://www.heartfirst.com/news/5-christian-business-owners-to-admire

Did Bill achieve his vision? Who could doubt it, seeing the artists showcased through CCMG’s various labels? Artists like Chris Tomlin, Amy Grant, TobyMac, Tasha Cobbs, Jeremy Camp, Hillsong United, Matt Redman, Mandisa… among many others.

But surely his greatest award was the one he received in December. When he entered Eternity and heard Jesus say, “Well done, good and faithful servant!”   (Matthew 25:23)

How have you been impacted by Bill’s legacy?

How about the culture?