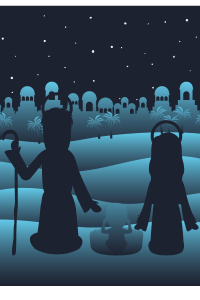 See if you can guess.

Her business logo looks like an interstate highway sign. i61. Leading to an out-of-this-world destination. Her logo’s inspiration?

“The Spirit of the Sovereign Lord is on Me, because the Lord has anointed Me to proclaim good news to the poor. He has sent me to bind up the brokenhearted, to proclaim freedom for the captives… to proclaim the year of the Lord’s favor… to comfort all who mourn…”  (Isaiah 61:1-2)

Her name is Deborah. She is my Forever Sister. I met her in church last Sunday. In Central Florida. A place she hadn’t even dreamed of going, just two weeks prior.

Until the Lord sent her.

She came with Christy. Another Forever Sister. This one, a Christian from Bethlehem.

No, not the Pennsylvania birthplace of famous steel companies of yesteryear. The Israeli birthplace of The Man of Steel Himself. The Man for any and every year.

Persecution? In spades. She eventually fled for her life. To the UK… where she was given refugee status.

Deborah met Christy. Becoming aware that she was sleeping on the couches of various acquaintances. Not unlike the Savior she loves…

Deborah and her husband took Christy into their home. Permanently. Christy saw they were rebranding their clothing business — i61 Collective. Christy’s Internet savvy would prove invaluable.

Why does this not surprise me?  🙂

“Give and it will be given to you. A good measure, pressed down, shaken together and running over, will be poured into your lap. For with the measure you use, it will be measured to you.”  (Luke 6:38)

“Our desire is to create projects that would have a positive impact on the world starting in areas of conflict. We use our products to educate, inspire and put hope on the streets of the world, and highlight issues facing the world today.”  https://www.i61collective.com/about-us/

They want their business to help people be the change they want to see. Their “Love Has No Borders” t-shirts are reaching the globe. 100% of the profits are being directed to aid refugees.

See their beautiful story in this 3-minute video (the first of 4 videos posted on their website):   https://www.i61collective.com/films/

Christy’s family remains in Bethlehem. Their house is surrounded on three sides by a high wall. Dividing Bethlehem. Hoping to keep Christ trapped inside?

Remember the 12-foot-high Berlin Wall? The wall that came down on November 9, 1989? Exactly one month after 8,000 people gathered to pray?

East German officials would later say they were ready for anything — protests, arrests, even violence… anything except candles and prayer.  http://www.bbc.co.uk/religion/0/24661333

How are we helping? We’re building a 24/7 prayer room in Christy’s Bethlehem home.