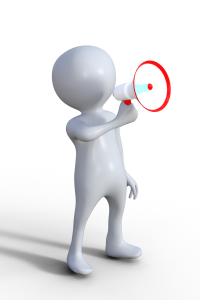 We have all heard that often-quoted “truism” — “It isn’t what you know, it’s who you know.” In other words, the secret to success lies in aligning yourself with those who have POWER. And if you can actually partner with them… so much the better. Right?

In this case, nothing could be more RIGHT!

You’ll be inspired if you watch this 10-minute video! I sure was!  http://www.giantsforgod.com/stanley-tam-us-plastic/. The article there is also worth a look… and a Wow. Some of the high points are captured below:

Stanley Tam, founder of US Plastics Corporation met his future business partner in 1933, shortly after graduating from high school. He was selling products door-to-door when one customer shared the Gospel with him in a way that its message was clear. Six weeks later, he accepted Christ into his heart.

Three years later, he “stumbled upon” what seemed to him to be an extraordinary business opportunity: Using a machine that could be installed at photo labs to reclaim silver from film negatives. His plan was to share this “silver strike” with the photo lab owners at no cost to them.

He named his fledgling company TAMCO. Although he started enthusiastically, he ran into a series of flaws in his brilliant business plan. One day, he decided to call it quits. But the Lord had other plans… encouraging Stanley to press on. So he did… with $25 in his pocket and a POWERFUL Business Partner — a.k.a. Jesus Christ.

It wasn’t long before Stanley’s Partner asked for a real ownership stake in the business. After he finally convinced Lawyer #2 to draw up the papers — Lawyer #1 didn’t think he was (or should be) serious — Stanley established a nonprofit religious foundation and gave it 51% of his company’s stock.

In 1955, Stanley felt the Lord urging him to give the entire business to Him – 100% of the stock. Stanley obeyed. The profits generated since then have generated more than $140 million toward the work of the Lord. In particular, much of the resources have funded world evangelism. Just one of the organizations it supports sends 1,600 men in over 42 countries door-to-door sharing the Gospel.

When Stanley retired, he opened a furniture shop one mile from the US Plastics plant. He makes homemade furniture there. But outside is a huge sign, saying: “Are you seeking peace in your heart? The ANSWER is in the Bible! Come inside for a free Bible! True happiness can be yours!” So now, Stanley spends his days talking to strangers off the street who come in looking for Bibles. Divine appointments, meant only for him. While he makes furniture.

Sound a little like any other Carpenter you know?  🙂

Like that expression says… Kingdom POWER is all about Who you know.

How would daily operations look with Jesus as 100% shareholder?

What other evidence might there be that Jesus is majority owner of a Christian’s company?