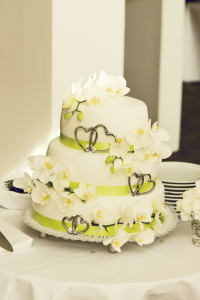 Two days ago — late February 5, 2018 — California Superior Judge David R. Lampe handed down a ruling declaring, “A wedding cake is not just a cake in a Free Speech analysis. It is an artistic expression by the person making it that is to be used traditionally as a centerpiece in the celebration of a marriage.”

As a result, reported in today’s Washington Post, California’s anti-discrimination law (which applies to many other goods and services) does not apply to this baker.

Sound familiar? It is similar to the reasoning of Jack Phillips, the Colorado “cake artist” awaiting a U.S. Supreme Court ruling. Jack has argued that the free speech and free exercise of religion clauses in the First Amendment enable him to refuse to provide custom cake design services to a same-sex couple for their marriage celebration… despite public accommodation laws requiring “open to the public” businesses to treat all potential customers equally.

The California case began with a complaint to state’s Department of Fair Employment and Housing (CDFEH), after a same-sex couple sought to buy a cake from Tastries bakery for their October 2017 wedding. The couple only wanted the cake, no special words or messages on the cake. But bakery owner and cake artist, Cathy Miller, declined for religious and creative expression reasons… offering to send their order to another bakery.

The CDFEH sided with the couple. But Judge reversed, forcefully. He said it didn’t matter that the baker was not being asked to design particular words on the cake. The wedding alone, with the couple engaging in speech, “could not be a greater form of expressive conduct.”

The Post summarized an interesting part of the Judge’s opinion, as follows: He compared a bakery to a tire shop, saying the shop could not refuse to sell a tire to a same-sex couple because “there is nothing sacred or expressive about a tire.” Similarly, had the couple just chosen a cake out of a display case, the bakery could not have retused to sell it to them.

The difference here is that the cake in question is not yet baked… The State asks this court to compel Miller to use her talents to design and create a cake she has not yet conceived with the knowledge that her work will be displayed in celebration of a marital union her religion forbids… For this court to force such compliance would do violence to the essentials of Free Speech guaranteed under the First Amendment.”

Remember: The U.S. Supreme Court is deliberating this very issue right now. Oral arguments are complete. They may be drafting their decision(s) even now. Their ruling, to be handed down before their session ends in June, will have far-reaching, national implications.

I am praying that our nation’s highest court will reach the same conclusion as this California Superior Court Judge.

How about you?  How are you praying?