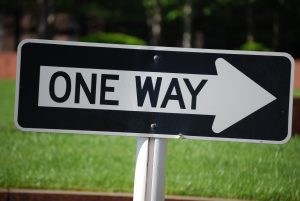 You have been speaking to me a lot about Victory, Lord. Inviting me to believe that Victory is possible in every Valley… even if the Valley doesn’t change. Thanks to You, Lord… only You.

Is that why You had me write Victory in The Valley? Is that also why I am troubled by what I’ve heard many AA members exhort:

… admit they are powerless over alcohol and their life has become unmanageable… believe a Power greater than them can restore them to sanity… turn their will and life over to the care of God as they understand Him.

Amen and Amen! Except…

I remember reading the autobiography of AA’s founder, Bill Wilson. He attributed his own escape from alcoholism to a personal encounter with You, Lord… in a hospital bed, after almost drinking himself to death. He cried out: “If there’s a God, let Him show Himself!” And there You were!

And the “seed” for AA was planted.

Since then, I have heard many AA members say the “God” language has been generalized to “a Higher Power — whomever you perceive “he, she or it” to be. And the spiritual “prescription” is to act like you believe, even if you don’t. Perhaps a version of: “Try it, you’ll like it”… ? Hence, the motto: “Fake it until you make it.”

I know there is much good accomplished through AA, Lord. But I have often wondered: Why is the success rate for AA so dismal? Just today, I read a statistic that only 5% of alcoholics remain sober after three years of attending AA meetings. Could it be that just any “Higher Power” isn’t really higher or powerful… if it isn’t You, Lord?

I know a father who grieves for his adult son. This son has been seeking answers for years and is now trapped in a cult. He is convinced — through the “spirituality” he has embraced — that vile and despicable things were inflicted upon him as a child… including, by his father. In a rage, he cut off all contact with his family.

Videos of this son are posted on the cult’s website. To attract others. This father hardly recognizes his son. Even his voice has changed. As if a different voice — a different person — is speaking through him.

What does this have to do with Fake it until you make it? Everything, it turns out. Because not all roads (or gurus) lead to Home… do they, Lord?

Like You had me write in Victory in The Valley:

“What you don’t know can hurt you. It might even kill you.”

Sometimes hope seems… hopeless. But for You, Lord… The Hope of the World! [continued]