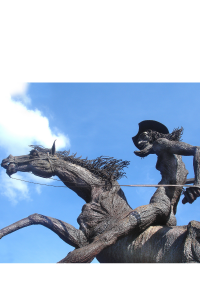 I was too exhausted last night to write this Kingdom Power blog. After the Senate Judiciary Committee’s Kavanaugh hearings and pre-vote deliberations.

Don Quixote always had more of my heart than his sidekick, Sancho Pansa. Both were unworkable, undesirable extremes. The Poetic Idealist and the Practical Realist on steroids.

Wasn’t that the whole point? That the real Sweet Spot for humanity combines the two? Seeing the best in others without denying their flaws? Channeling the power of Vision and Hope to rise above present and perceived limitations?

But truly abundant living requires so much more than Positive Thinking laced with neuroscience and psychology. We need to experience and embrace…

… Jesus Christ — the Only One full of perfect Truth and perfect Grace.

I have personally been a victim of sexual assault. As a 9-year-old. Not once, but daily. For one year. So I understand and can viscerally relate to such emotions as revulsion, terror, silent suffering, bitterness, hatred… and more.

Plus the decades-long aftermath of life-altering impacts.

I also have a friend who was falsely accused of sexual assault. From a decades-old time. By one who was 100% certain my friend was guilty. Just as I am 100% certain he was not. So I have personally seen the devastation such a false accusation inflicts.

I thought for awhile my only way out was suicide. Thankfully, the God I didn’t know spoke Hope to me in my darkest night of the soul. In a way I could grasp… and keep surviving.

Ten years later, He spoke His personal love to me. In ways I could no longer resist. In time, He brought me from surviving to thriving.

These last two days, I have witnessed the heartbreak of two deeply-wounded people. Yet this goes way beyond these two. I have also seen heartbreaking division leading our nation to the brink.

Why has so much opposition been mobilized against such a highly-credentialed, qualified judge? I have heard enough fear-mongering rhetoric to know a large part of the answer lies in the potential reversal of Roe v. Wade.

Rhetoric like, “We can’t go back to days like 1972, when 200,000 women died in illegal abortions.” As if the 60 million babies whose lives have been taken legally since 1973 mean nothing.

When did due process and presumption of innocence become disposables, utilized or ignored only in service to political agenda?

Do ends really justify means? If so, is victory only a hollow shell masking the mortal wound dealt to our national soul?

These are watershed days for America. And for Christians —  foreigners here, because our real citizenship is in Heaven.

As foreigners, we are not indifferent bystanders. We are Christ’s Ambassadors (2 Corinthians 5:20). Spirit-empowered witnesses (Acts 1:8).

Maybe Don Quixote’s hymn should become ours. As we seek deeper intimacy with Jesus. To engage our shifting culture with His Grace and Truth.

Whatever our sphere of influence — and whatever the consequences — may be.

To fight the unbeatable foe. To bear with unbearable sorrow. To run where the brave dare not go. To right the unrightable wrong. To fight for the right without question or pause. To be willing to march into Hell for a heavenly cause.

“For man this is impossible, but with God all things are possible.” (Matthew 19:26)