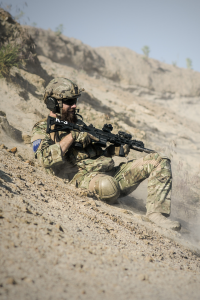 Rod Dreher — in his book, The Benedict Option: A Strategy for Christians in a Post-Christian Nation — wrote:

“Post-Obergefell, Christians who hold to… biblical teaching about sex and marriage have the same status in culture, and increasingly in law, as racists. The culture war that began with the Sexual Revolution in the 1960s has now ended in defeat for Christian conservatives…

Pope Emeritus Benedict XVI foretells a world in which the church will live in small circles of committed believers who live the faith intensely, and who will have to be somewhat cut off from mainstream society for the sake of holding on to the truth.” (Kindle edition, pp. 3,4)

Go… make disciples of all nations, baptizing them in the name of the Father… Son and… Holy Spirit, teaching them to observe all that I have commanded you… I am with you always, to the close of the age (Matthew 28:19-20)

Do not fear what you are about to suffer… the devil is about to throw some of you into prison, that you may be tested… you will have tribulation. Be… faithful unto death… I will give you the crown of life. (Revelation 2:10)

Though… mostly forgotten these days, the freedoms guaranteed by the U.S. Constitution’s First Amendment aimed… to make America a place where people seeking to follow the commandment of God-in-Christ could do so without fear of persecution.

This is why the free exercise of religion is first among the activities the U.S. Government is forbidden to prohibit, and why it may not abridge the freedom of speech.

Until recently, people [in] the U.S. could take for granted these… Constitutional safeguards against the abuse of government power. Now… de facto proponents of totalitarian despotism wage all-out, blatantly anti-Constitutional war against them…

Accept, if you like, the… satanic lie that Christians in America have no recourse but to surrender in withdrawal and retreat before the enemies of righteous liberty.

If all vicious… persecutions of Christianity could… be unleashed against us, no sane believer… would accept the notion of a post-Christian world, much less its triumph over the power and grace of God in Jesus Christ.

God is the principle of reality. Christ is His Word, that was and is to come. No world exists but by His Word (John 1:3). And no force exists in the world, greater than the power of God that dwells in all in whom His Christ abides. (1 John 4:4).

The… idea of a post-Christian world is thus false to the Gospel of Christ and the power of God. If it exists… it is in the timid souls of professed Christians who… shy away from martyrdom, refusing the call to be faithful to Christ’s ministry, even unto death…

… we are called to bear witness to God’s truth—which the world despises and violently seeks to excise… to do so was, and must remain, the special vocation of citizens of the United States, else we will cease to exist as a free people.