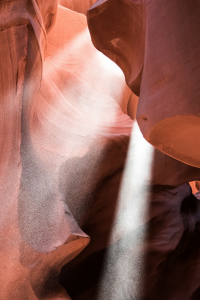 It’s been three months since I wrote my first blog about The Atheist I Love.  https://championsofdestiny.com/the-atheist-i-love/

A lot can happen in three months… can’t it, Lord? Even in three days. Like Easter weekend.

My atheist friend went to church with his believing wife. On Easter morning. It was a special anniversary in their decades-long married life. Going to church was one more gift he gave his wife that day.

Everyone was surprised to see him. His absence had been obvious for many years. He met the pastor for the first time. Liked him well enough. Just didn’t believe in what he had to say.

The pastor summed up the meaning of Easter and Christ’s death and resurrection. His sermon made it very easy for my friend to clearly state his position. To the congregation… and, later, to me.

So there would be no doubt.

He does not believe in Your Resurrection, Lord. He’s convinced he never will. He and his wife occasionally discuss the pros and cons of his assertion, but they “get along great” because they “respect each other’s position.”

That’s when it hit me again, Lord. The familiar boldness I know is from You…. welling up in me again, like it had three months ago.

But this time, Your Plan became clear, Lord. As You prompted me to extend an Invitation I had never conceived of before.

The Context: I told him I respect that he is free to believe as he does. I reiterated that he already knows what my hope is — that one day he will believe — and that this hope is born out of my love for him as a dear friend.

The Invitation: I said I would be very interested in understanding more about his current thoughts — why he does not believe. And I asked if he would be willing to share them with me… and allow me to offer my own thoughts.

The Rationale: Whether or not he ever does come to believe, the exchange could help me learn how I might better articulate my own beliefs to someone who thinks quite differently.

The Call to Action: I simply added, “Are you game?” Two days later, The Answer came.

“I’m happy to oblige, so long as you won’t be disappointed because you won’t sway me around to your persuasion. It’s not a matter of right or wrong; it’s a matter of belief based on life experience. Don’t be concerned. I have no doubt about your motive trying to persuade me to join what you view as the better world.”

Wow. It’s Love that has opened this door, Lord… Your Love, poured out through me, his wife and the prayers of countless people who may remain forever anonymous to him. But here we are, poised for this Most Significant Conversation of his life.

Let nothing — no one — hinder the speaking and hearing of Your Truth, Lord.