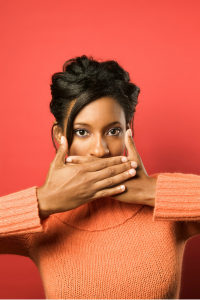 Six months in jail + $2,500 in fines + three years of probation… for each day there is a violation. What would you do, if faced with this threat?

But not all weddings.

Consistent with their Christian beliefs, they create art for everyone…. but not for every message. Like messages demeaning others or promoting racism or objectifying the female body.

Or violating their Christian beliefs about marriage.

The Phoenix City Code bans discrimination in places of public accommodation. Phoenix claims if Joanna and Breanna provide services for opposite-sex weddings, they must do the same for same-sex weddings.

Something completely at odds with their religious beliefs.

Rather than violate the law, Joanna and Breanna went to court with a “pre-enforcement challenge.” Challenging the law’s legitimacy, contending it shouldn’t be enforced.

So far, they are losing. Most recently, at the Arizona Court of Appeals. They’re appealing to the Arizona Supreme Court.   http://www.adfmedia.org/News/PRDetail/10037

This case is one of many impacting creative professionals serving the wedding industry. But other recent U.S. Supreme Court cases also address threats to the same fundamental freedom…

Is there a sea change in our society, with far-reaching implications for all Americans? Two attorneys with the Alliance Defending Freedom (ADF) speak to this question.

… no one wins when the government can compel you to speak or pay private parties to promote ideas that violate your core convictions… Justice Anthony Kennedy [said] ‘better to begin by reading the First Amendment as ratified in 1791; to understand the history of authoritarian government as the Founders then knew it; to confirm that history since then shows how relentless authoritarian regimes are in their attempts to stifle free speech; and to carry these lessons onward as we seek to preserve and teach the necessity of freedom of speech for the generations to come…. ” https://azcapitoltimes.com/news/2018/07/12/freedom-of-speech-is-on-a-roll-but-not-in-arizona/

“To forbid people from articulating beliefs and peacefully acting consistently with those beliefs is, at its core, an attempt to forbid the beliefs themselves… As the Supreme Court [also] notes…  ‘a bedrock principle underlying the First Amendment… is that the government may not prohibit the expression of an idea simply because society finds the idea itself offensive or disagreeable.”   http://thefederalist.com/2016/11/03/war-wedding-vendors-ultimately-war-free-thought/

Compelling issues… Amen? What say you?