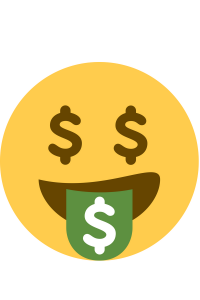 Many of the confrontations over religious liberty in our day center around LGBTQ issues. More specifically, whether or not Christian business owners can be forced to provide services for events that violate their deeply-held religious beliefs — i.e., same-sex marriage and gender transition, to name two.

Such confrontations have manifested in both the judicial and legislative branches of government. And they carry a high price tag.

Religious liberty lawfirms like First Liberty Institute, Alliance Defending Freedom, American Center for Law and Justice, and the Thomas More Society rely on charitable donations in order to provide their services on a pro bono (free) basis to their clients.

Last night, I came across the one individual who has, according to Rolling Stone magazine, “methodically, often stealthily, poured $422 million of his fortune into the cause of equal rights for the LGBTQ community — more than any other person in America.”

His name is Tim Gill.

He is widely credited as “a visionary strategist and mega-donor to virtually every major LGBTQ victory in the United States.” Including the years-long legal battles that made same-sex marriage legal — first in Massachusetts, then later in all 50 states.  https://en.wikipedia.org/wiki/Tim_Gill

The Gill Foundation, established in 1994 as a Denver-based non-profit, was one of the first funders of efforts to build public support for same sex-marriage.  Through underwriting of academic research, polling, data analytics, field organizing, and strategic high-impact litigation, the Foundation helped change public support for same-sex marriage from 25% to 60% of Americans.  https://gillfoundation.org

The Gill Action Fund has helped elect hundreds of “pro-equality” lawmakers at local, state and federal levels. Claiming, in its first election year (2006) to have defeated 50 of the 70 “anti-LGBT” candidates it targeted.  https://www.rollingstone.com/politics/politics-features/meet-the-megadonor-behind-the-lgbtq-rights-movement-193996/

Outgiving, another pro-LGBT philanthropy founded by Tim, brings together many of the country’s most generous pro-LGBT donors every two years to discuss (and help direct) philanthropic strategies.  http://www.outgiving.org/about

What’s next for Tim?

He and his allies are focused on “nondiscrimination.” Defeating — and eliminating, where possible — Religious Freedom Restoration (and related) legislation allowing faith-based businesses (and others) to decline services or access to the LGBTQ community on the basis of religious liberty objections.

In Tim’s own words, “We’re going to punish the wicked.” Meaning Christians advocating for religious liberty, if such advocacy runs counter LGBTQ ideology.

Tim is a rich man. At least as far as money goes. And in our society… Money Talks.

But what does it say?