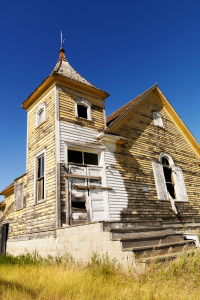 What is the societal context within which persecution of Christians may arise in the United States?

Barna Group — a private, non-partisan, for-profit organization — has been conducting and analyzing primary research since 1984. Its focus has been to understand cultural trends related to values, beliefs, attitudes and behaviors.

Barna’s research reflects the waning state of faith in our nation. Rates of church attendance, religious affiliation, belief in God, prayer and Bible-reading have been dropping for decades.    https://www.barna.com/

In a study released on March 27, 2018, Barna revealed that 51% of churchgoers in the U.S. had not heard of the Great Commission found in Matthew 28:18-20. Another 25% had heard the term, but couldn’t recall the exact meaning.   https://www.barna.com/research/half-churchgoers-not-heard-great-commission/

How might the findings about Generation Z contribute to the growing persecution of Christians in America? Quite simply, the teens in these studies — those between 13 and 18 years of age — are already engaging in the marketplace as consumers. Soon, they will enter higher education and/or the workforce in earnest…

… helping to shape the mindset and “rules” for economic engagement in our nation.

The following data and quotes are drawn from the Barna Research Release entitled “Atheism Doubles Among Generation Z.”   https://www.barna.com/research/atheism-doubles-among-generation-z/

“The percentage of teens who identify as atheist is double that of the general population (13% vs. 6% of all adults).”

“Teens, along with younger adults, are more likely than older Americans to say the problem of evil and suffering is a deal breaker for them… [They] struggle to find a compelling argument for the existence of both evil and a good and loving God.”

[Editorial comment: Why do people so often take credit for the good that happens — i.e., “Look what I/we achieved!” — and blame God for the bad?]

“More than one-third of Gen Z (37%) believes it is not possible to know for sure if God is real.”

“More than half of all Americans, both teens (58%) and adults (62%), agree with the statement ‘Many religious can lead to eternal life; there is no ‘one true religion.'”

“Nearly half of teens say ‘I need factual evidence to support my beliefs’… Significantly fewer teens and young adults (28% and 25%) than Gen X and Boomers see [science and the Bible] complementary.”

“Among those saying attending church is not important to them, three out of five Christian teens say ‘I find God elsewhere.'”   https://www.barna.com/research/atheism-doubles-among-generation-z/

What challenges and/or opportunities do you see for Christian business leaders as Generation Z  enters the marketplace in greater numbers and rises to higher levels of authority?

Where do your children / grandchildren stand?