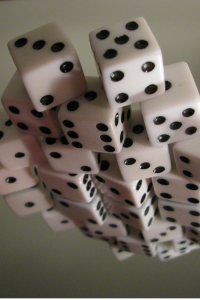 How could I have ever hoped to connect with her, Lord? One particular woman?

LinkedIn is the world’s largest professional network, with over 546 million users in more than 200 countries and territories. Its vision? “Create economic opportunity for every member of the global workforce.”  https://about.linkedin.com/

How could I ever hope to find one person I didn’t even know I needed to meet? IMPOSSIBLE!!!

But for You, Lord.

“With man this is impossible, but with God all things are possible.”  (Matthew 19:26)

During the past two months, I have been strengthening my capacity to connect with people on LinkedIn. Building a more professional profile. Engaging in a more strategic way.

So it was that — by Your grace, Lord — I found one group out of the millions. A group specifically for executive coaches. 31,000 of them, give or take a few. Not a Christian group, per se. But a group where I could both learn from other coaches and contribute to their learning.

So it was that — by Your grace, Lord — I asked to join the group. And in doing so, I sent a personal message to the group’s Owner. Telling her I was hoping to contribute. Asking if she would be willing to connect personally.

So it was that — by Your grace, Lord — she responded to my personal message. Within hours! Approving my membership. Suggesting that we schedule a time to talk by phone. (The very thing You had prompted me to suggest!)

So it was that — by Your grace, Lord — we met by phone a few days ago. In yet another one of Your THRILLING Divine Appointments that was obvious to both of us!

She lives thousands of miles away from me. Yet there we were… together for the first time, in Your Throne Room, Lord. Sisters-in-Christ, with so much in common! Our backgrounds. Our passions. Our heart for You. Our sense that You have brought us together for something amazing.

For such a time as this.

What is the probability that the two of us would find each other out of those 546 million people? By our own human efforts, it’s probably one chance in a number that’s ways too big to get my mind around.

But by Your grace, Lord? Your Divine effort? A 100% certainty.

I can hardly wait to discover the plans You have for us!