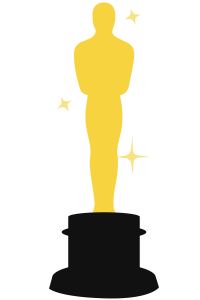 How difficult might it be for anyone to become (and remain) a faith-full Christian in a wealth-exploding, idol-making, temptation-hounding place like Hollywood?

Ask Chris Pratt. Highest-grossing actor in 2014, making $1.2 billion between leads in Guardians of the Galaxy and The Lego Movie.  https://www.crosswalk.com/blogs/christian-trends/what-chris-pratt-said-about-his-faith-will-change-your-mind-about-hollywood.html

Pretty amazing for a college dropout who once touted the benefits of living homelessly, “smoking weed and working… just enough to cover gas, food, and fishing supplies.”  https://en.wikipedia.org/wiki/Chris_Pratt

I didn’t know much about Chris until today. Why did I even bother to learn? Because of the firestorm of criticism since June 16, when he honored God in front of millions.

The 2018 MTV Music and TV Awards. He won the coveted Generation Award. And turned his acceptance speech into a Next Generation Teaching Moment, sharing “Nine Rules from Chris Pratt.”

“Nobody’s perfect…You are imperfect… but there is a powerful force that… loves you… accepts you for exactly who you are… forgives you for your flaws, no matter what they are… if you’re willing to accept that, you will have grace… grace is a gift… paid for with somebody else’s blood. Do not forget it. Don’t take it for granted.  https://www.msn.com/en-us/movies/awards/chris-pratt-offers-9-hilarious-inspiring-life-rules-while-accepting-mtv-generation-award/ar-AAyPR22?li=BBnb4R7

How did Chris meet Jesus? Though raised Lutheran, his first real encounter happened in Hawaii. Sitting outside a grocery store.

A stranger (Henry) asked: “What are you doing tonight?” Chris: “My friend’s inside buying me alcohol.” Henry: “You going to go party? Drink and do drugs? Meet girls, fornication?” Chris: “I hope so.”

Chris: Why are you asking?” Henry: “Jesus told me to talk to you.”  He took Chris to church. Chris soon surprised his friends by saying he was going to change his life.  https://www.christianpost.com/news/passengers-star-chris-pratt-on-how-he-became-a-christian-changed-his-life-172679/

Chris eventually became a non-denominational Christian. And years later, in 2012, he and his wife — actress Anna Faris — opened up about their faith after their son was born premature and fell into a month-long coma.

Scared and desperate, they prayed… and their son miraculously recovered. Chris’ faith was “restored”… “redefined.”    https://www.christianpost.com/news/passengers-star-chris-pratt-on-how-he-became-a-christian-changed-his-life-172679/

Now, Chris uses his mega-platform to point people to Jesus. Not perfectly. He and his wife divorced, drawing harsh judgment from some Christians. Fellow Christian Candace Cameron Bure admonished them.

“You’re making judgments without knowing whether the separation is biblical in nature… Prayer is surely a more constructive response. Why not call for prayer for Pratt and his family instead of… tear[ing] him down?”

“It’s clear that Pratt is invoking Jesus during a difficult time. Some people would go off the rails and abandon what they know. Why not give him a break and look at it as a profound encouragement that he’s turning to his savior?   http://selahafrik.com/2017/08/chris-pratt-criticized-jesus-wife/