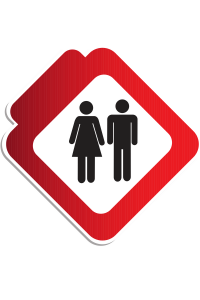 Their mission — in their words, “highest priority” — is to honor God in all that they do as a company and as individuals. They articulate strong values in nine aspects of business, yet place their ultimate trust for success on Matthew 6:33: “But seek first His kingdom and righteousness, and all these things shall be yours as well.”  http://www.rggrharris.com/about-us/mission-statement.

Which served them well… when the Equal Employment Opportunity Commission (EEOC), in an unprecedented move, sued in 2014.

For the first time in its history, EEOC filed a suit challenging transgender discrimination under the 1964 Civil Rights Act. EEOC’s press release asserted that Harris Funeral Homes discriminated based on sex when the company fired a funeral director/embalmer because the worker was: 1) transgender; 2) transitioning from being a male to female; and/or 3) not conforming to Harris’ gender-based expectations, preferences, or stereotypes [by planning to dress as a female at work].   https://www.eeoc.gov/eeoc/newsroom/release/9-25-14d.cfm

The LA Times quoted the EEOC complaint as follows: Aimee Stephens had worked at Harris from October 2007 until 2013, when she notified the company she was undergoing a gender transition procedure… and her employer terminated her employment two weeks later for “proposing to do” what the company believed was unacceptable.   http://www.latimes.com/nation/nationnow/la-na-nn-transgender-lawsuits-20140925-story.html

The U.S. District Court for the Eastern District of Michigan disagreed with EEOC… ruling that Harris Funeral Homes was entitled to a religious exemption under the Religious Freedom Restoration Act (RFRA).  https://www.bna.com/eeoc-loses-transgender-n73014446680/#!

EEOC argued that Harris violated Title VII by firing Stephens for failing to conform with masculine gender stereotypes regarding work clothing. But the court faulted EEOC for failing to explore accommodations of the funeral home’s competing rights under the RFRA.

EEOC insisted the employee must be allowed to wear a skirt to express her gender identity. But according to Judge Sean F. Cox, “If the compelling government interest is truly in removing or eliminating gender stereotypes, the court fails to see why the EEOC couldn’t propose a gender-neutral dress code at work that would be a less restrictive means of furthering that goal.”    https://www.bna.com/eeoc-loses-transgender-n73014446680/#!

I’m not a lawyer. But it seems to me that two key questions emerge from this discussion:

1) When does a right under the Religious Freedom Restoration Act supercede a Title VII requirement?

2) If government has a “compelling interest” to advance a societal goal, what is the least restrictive means by which that goal may be accomplished without adversely impacting legitimate religious freedoms?

Which begs a third question: Who can help us navigate such whitewater? In this case, the Alliance Defending Freedom.   https://www.adflegal.org/

Is there a “win-win” middle ground here?