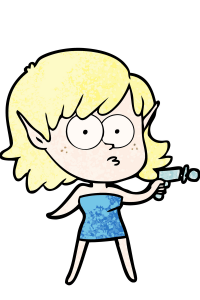 I don’t mean that colloquial expression: “All dolled up in fancy clothes.” I mean dressed to turn something alive into something dead. Dressed to kill that something, literally.

Once and for all.

Thanks to You, Lord, this happened to me twice today. Concerning two enemies that needed to be put out of my misery.

One was a large stump in our backyard. It started as a little weed a few years ago. From sheer neglect on my part, it grew into a large tree with multiple branches. An unwelcome squatter overshadowing a whole section of lawn.

Hurricane Irma took care of some of it in September. What she started with high winds, we finished with chain saws… whittling that tree down to the large stump that remains. But that tree isn’t giving up without a fight. In less than three months, it has covered itself with new growth.

I was dressed in my grubbies, but dressed to kill nonetheless. And armed with “Stump Out” — the chemical we purchased to pour into the stump. First, we had to drill four one-inch wide, ten-inch long vertical holes into its heart. So we could fill those holes with Stump Out and water.

Now, we wait 4 to 6 weeks while the chemical makes the core more pourous. Then, we pour gasoline into that pourous wood. Finally, we light the gasoline… hoping the stump will burn tthrough the roots, from the inside out. I suspect we might have to repeat the entire procedure after the initial burn.

I sure wish I had pulled that tiny weed out before it grew into such a monster. Funny. The same could be said of the second enemy I took on today.

The problem is the same. Neglect. Passivity. Overwhelm. Helplessness. Resignation. Rationalization. Yet the solution has always been as close as my next Spirit-empowered Choice.

You’re so gracious to me, Lord! Leading me, unexpectedly, to the 21 Days of Prayer with Church of the Highlands in Alabama. http://21days.churchofthehighlands.com/

Holding the mirror up to me so clearly through the two Breaking Free messages preached online by Pastor Chris Hodges. Targeted fasting and prayer.   https://www.churchofthehighlands.com/media/series

Reminding me that strongholds are prisons locked by deception. Living a LIE. And I don’t have to live that way. Because You’ve given me something a lot stronger than Stump Out!

“… The weapons we fight with… have divine power to demolish strongholds. We demolish arguments and every pretension that sets itself up against the knowledge of God, and we take captive every thought to make it obedient to Christ.” (2 Corinthians 10:3-5)

“Therefore, do not let sin reign in your mortal body so that you obey its evil desires… offer yourselves to God as those who have been brought from death to life… For sin shall no longer be your master…”    (Romans 6:12-14)

I’m ready to do my part, Lord — drilling deep, dressed to kill my sin — so that, by Your Spirit and power, I can finally live free!