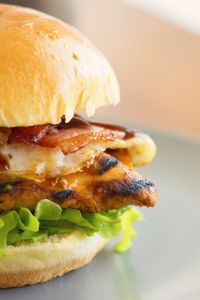 Voila! A 10% discount! A real deal… unless you’re Jack Dorsey, CEO of Twitter. And you dare to get that 10% discount at Chick-fil-A.

What was his worst mistake? Eating at Chic-fil-A… or tweeting about it? Dorsey posted a phone screenshot — “Boost @ChickfilA.” Showing he had just eaten there. And showcasing his discount.

According to thousands of Tweeters, the problem was his very presence at such an “offensive” restaurant. So they ROASTED him. I.e., “raked [him] over the coals.”  https://www.theblaze.com/news/2018/06/11/twitter-ceo-jack-dorsey-slammed-for-eating-chick-fil-a-his-response-leaves-both-sides-outraged

On Saturday — June 7, 2018 — the “offensive behavior” occurred. Heaven forbid! Using different words, of course. Heaven appears to have had nothing to do with this controversy.

“This is an interesting company to boost during Pride month.”

“You must love the taste of bigotry!”

“On behalf of the whole LGBTQ community, Jack, kindly boost your head out of your a__.”

On Sunday — June 8, 2018 — Dorsey apologized, saying: “You’re right. Completely forgot about their background.”  Generating yet another firestorm of complaints by those who audaciously support his right to eat at Chic-fil-A.

For some, it’s Chick-fil-A’s former CEO (Dan Cathy) who, in 2012, voiced support for the Biblical definition of marriage and expressed views critical of gay marriage.

Remember GLAAD’s national boycott of Chick-fil-A? Remember “Chick-fil-A Appreciation Day,” when Christians mobilized in response? Leading to the conclusion, even in the most unlikely places, that the boycott had backfired?

The Heritage Foundation hosted a monthly event for conservatives in the House. According to an Atlantic reporter, Republicans spent $345 in taxpayer funds on Chick-fil-A in the three years before the 2012 controversy. In the following two years, they spent nearly $13,000.  http://www.foxnews.com/tech/2018/06/11/twitter-ceo-shamed-for-eating-at-chick-fil-over-owners-lgbt-views-expresses-regret.html

Journalist Jeryl Bier added: “‘Background’ [means] they employ 41,000 people, many of whom are the most pleasant fast food employees in the country, serve delicious food at good prices, and at amazing speed? That background?”  http://www.foxnews.com/tech/2018/06/11/twitter-ceo-shamed-for-eating-at-chick-fil-over-owners-lgbt-views-expresses-regret.html

Plus another: “You mean their late CEO being a Christian? Apparently that is something bad/terrible — having faith, running a decent business, never discriminated against anyone — for the ‘tolerance, acceptance, and inclusivity’ crowd.”

And another: “Why is it because I live my life so gay. That I should not each Chick-fil-A? I’m gonna eat it anyway!”  http://thehill.com/blogs/in-the-know/in-the-know/391928-trump-hits-back-at-punchy-de-niro

By 2020, Chick-fil-A will likely become the third-largest U.S. fast-food restaurant, trailing McDonald’s and Starbucks. Its 2017 sales? About $9 billion.  http://thehill.com/blogs/in-the-know/in-the-know/391928-trump-hits-back-at-punchy-de-niro

There’s something to be said for great chicken… Amen? And freedom of taste, too?  🙂

There’s something to be said for Christian values… Amen? And freedom of speech, too?  🙂