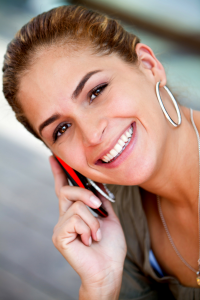 Just ask Cher Wang. Co-founder and Acting-Chairman of integrated chipset maker VIA Technologies (1987)… and subsequently, co-founder and Chairman of HTC (High Technology Company), Taiwanese consumer electronics giant (1997). At its zenith, HTC was one of the top three smart-phone and tablet providers in the world, besides Samsung and Apple.  https://en.wikipedia.org/wiki/HTC

In 2015, Cher joined CNBC’s First 25 List — the 25 people judged to have had the most profound impact on business and finance since 1989. Said to have “disrupted industries, sparked change and exercised an influence far beyond their own companies.”  https://www.cnbc.com/2014/04/29/thefirst25.html

Could Cher’s success secret be in…

… her good genes? Maybe. She was one of eight daughters of the late Wang Yung-ching, the billionaire business tycoon who founded Formosa Plastics. He used to write her long letters about best practices in business.  https://www.cnbc.com/2014/04/29/25-cher-wang.html

… her education? Maybe. Cher entered University of California at Berkeley as a music major. Her initial ambition was to be a pianist. Just three weeks later, she switched to economics.  https://www.cnbc.com/2014/04/29/thefirst25.html

… her visionary instinct? Maybe. During her early business travels, she wished she had a computer small enough to carry in her pocket. So she built a company that, at one point, made one of every six smartphones sold in the U.S.

… her Christian faith? No “maybe” about it!

Although Cher is known as a tough and capable female entrepreneur, she is also known for incorporating her faith into her daily life and career. Prayer meetings, Bible studies, and fellowship activities abound in her corporate cultures. http://www.gospelherald.com/articles/48891/20130916/htc-founders-cher-wang-and-husband-wenchi-chen-manage-company-with-biblical-principles.htm

Even as a billionaire, Cher’s lifestyle reflects humility.

She often travels by via taxi, bus or subway instead of luxury vehicles. She wears black suits to work and flies in budget airlines. http://www.gospelherald.com/articles/48891/20130916/htc-founders-cher-wang-and-husband-wenchi-chen-manage-company-with-biblical-principles.htm  AND  https://successstory.com/people/cher-wang

But before Cher and her husband, Wen-Chi Chen, could manage their business by biblical principles, they both had to believe in them. Cher came to faith first. Not by the most direct route. Nor the easiest.

“I got baptized at 13 years old, because I was touched during a retreat, but did not continue in… pursuit of faith. I left alone to the United States for education.. [at] 15 or 16… and I gradually left God. I might have gone to church… but I was mostly late, or left early… I never seriously read the Bible… my life was not really transformed… However, God never gave up on me… He used Himself to bring me back to follow Him.”

“In this path of faith, He has let me experience a little bit of blessings at first, then gave me some trials and tribulations… then let me experience His miraculous guidance and works… the bigger the trials, the stronger my faith becomes and the greater the joy… after experiencing God.”   https://www.crossmap.com/news/htc-corporation-chairwoman-cher-wang-speaks-of-her-life-and-christian-testimony-2478