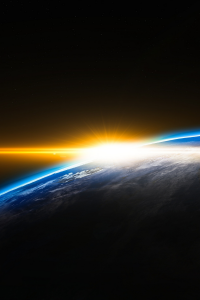 Normally, I write about Christian business owners called to impact the marketplace for Christ. Today, I feel compelled to write about a leader in government service…

… who discovered God’s palpable Presence — and his own God-given destiny — at a time that should have ended his life.

The son of a Baptist preacher, Bernie Webber struggled with commitment to his faith. His father hoped he might enter the ministry at some point.

God had other plans.

That night, he became a legend.

The 503-foot Pendleton oil tanker was the second tanker ripped into two that night by a violent winter nor’ easter. Hurricane-force winds, 60-foot waves and frigid temperatures.

The Coast Guard station at Chatham, Massachusetts (and surrounding New England stations) had already dispatched their most senior rescuers to the Fort Mercer when they received news of the Pendleton’s plight.

Chatham Station’s commanding officer ordered Bernie to pick a crew and attempt a rescue. Bernie was the oldest, most experienced person left.

The mission was considered suicidal. Bernie obeyed the order anyway. And three others — Andrew Fitzgerald, Richard Livese and Ervin Mask — volunteered to help.

None of them realized at the time they were responding to a Higher Order. Destined to be part of a miracle that would go down into history as the most daring rescue in U.S. Coast Guard history.

This thrilling true story was captured in the film, The Finest Hours, released in 2016. I saw it for the first time last night. I plan to see it again… and again. I don’t want to miss a single nuance of its powerful truths.

Confidence in what you bring to the table. Commitment to do whatever it takes. Courage to face daunting circumstances head on. Passion, the unwavering, purpose-driven kind. Empowering others to lock arms together, never letting go.

It was during this impossible rescue that Bernie had his life-changing God-encounter. A wall of water ripped the boat’s compass off shortly after they lauched.

“The Lord’s hand was on my shoulder,” he said. His Divine GPS. And God urged him to continue, against all odds, when their imminent future seemed to hold only death.

The result? 32 of Pendleton’s remaining 33 crewmen were rescued. By a young crew of 4. On a rescue boat made for only 12.

Disney mostly left out God, the true Source of this miraculous heroism. But I was curious… so I dug deeper. You can, too.

More importantly… Are you living your God-given Destiny with laser focus?

If not, what’s stopping you?