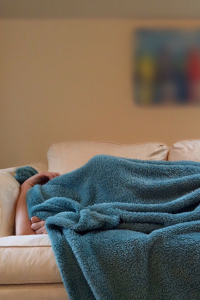 It was one of those Crossroads Moments. When Your Cross, Lord, rose up in the middle of the road. Making Your Presence unmistakable.

Except this time, the Crossroads Moment happened in a Dream. Someone else’s Dream. A Dream that was, simultaneously, my Answer to Prayer.

One of those ordinary moments that suddenly turned Extraordinary. In a quiet, Life-Altering way. Is that a Divinely-inspired oxymoron, Lord?  🙂

It happened over coffee with a friend. A friend who decided to tell me about his recent Dream.

The Dream itself was a bit unusual. Full of familiar faces doing unfamiliar things. In this case, another mutual friend had caused a spectacular auto accident. Oddly enough, this mutual friend was downright flippant about it. Uncharacteristically so.

Maybe because no one was hurt. That’s when the retelling of the Dream lit up my world. With an explosion of Wonder.

My friend had witnessed this spectacular, Dream-accident. When he did, and realized no one had been hurt, he declared, “Thank You, Jesus!” A nearby woman, also a witness, said, “Yes! Thank You, Jesus!” Then, he woke up.

Why? Because my long-time friend has also been a long-time Skeptic. Standing on the sidelines of Faith. Attracted yet repelled, all at once. Wrestling. For so many reasons. I know some of those reasons, Lord. You know them all.

Maybe that’s why, in the nano-span of that speechless moment, You reminded me about something You taught me decades ago. When You gave me the gift of fluency in Spanish.

Language experts say that’s when you know you are really fluent in a second language. When you start dreaming in it. Like I had — and still do — in Spanish.

Now, here was my friend — my long-time skeptical friend — in his Dream… declaring his gratitude to You, Lord. I couldn’t help but wonder…

What are his dreams hiding… or revealing?

My speechless moment passed. And I said, “You know what I think is The Best Part of your Dream?” He answered, “The fact that it wasn’t real?” I shook my head, No… and told him about the sure sign of fluency. I added, “And there you were, thanking Jesus.”

The inference was obvious. He just smiled back at me. But maybe — just maybe — that observation hit home behind the mask he often wears.

The mask that keeps everyone wondering… except You, Lord.

“Search me, God, and know my heart; test me and know my anxious thoughts. See if there is any offensive way in me, and lead me in the way everlasting.”  (Psalm 139:23-24)