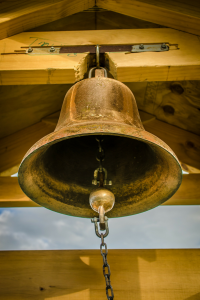 A small art gallery / bistro in Iowa, the “home away from home” for its owners, was forced to close its doors. It was a tough choice for the owners. But a tough one they were willing to make.

“We’re more certain than ever that what we did was right. We wouldn’t have chosen this path, but we’re honored to bear witness to God’s goodness throughout the nearly two-year ordeal that Iowa has forced us to walk.”

Betty Odgaard’s words also reflect the heart of her husband, Dick. But how did they end up in this painful, yet purposeful, place?

The Odgaards’ art gallery, the Gortz Haus, was located in a 77-year-old building that used to house a Lutheran church. A Des Moines couple approached them, wanting to rent the gallery for their same-sex wedding. The Odgaard’s refused, saying it was against their Mennonite faith. The couple then filed a complaint with the Iowa Civil Rights Commission.

Apparently, Iowa had no religious liberty law in place to uphold the Odgaards’ position. Apparently, there were also other nearby facilities eager to accommodate this same-sex wedding.

In a settlement two years later, the Odgaards agreed to pay the couple $5,000 and to not discriminate against same-sex couples. In lieu of that agreement, however, they subsequently announced they would no longer hold any weddings at all… fearing they could become a target of discrimination lawsuits.

But without its wedding business revenue, Gortz Haus was no longer financially sustainable. So the Odgaards reluctantly closed its doors.

Donna Red Wing — Executive Director of One Iowa, an LGBT advocacy group — was quoted as saying “I think it’s sad that people have to make a decision like that. I’m really sad that their beautiful facility is no longer going to have weddings at all, but if they’re not going to allow same-gender weddings, they really can’t allow any.”     https://www.usatoday.com/story/news/nation/2015/06/22/gortz-haus-gallery-closes/29128889/

The Becket Fund — a nonprofit, public interest, legal and educational institution — represented the Odgaards. The Fund’s mission is to “protect the free expression of all faiths”… so that “Americans’ religious exercise remains protected in all its forms, in all places, and for all individuals.”  https://www.becketlaw.org/

Wedding bells may still ring out in the property belonging to the Osgaards. A local congregation was considering moving into the space.   https://www.desmoinesregister.com/story/news/2015/06/22/gortz-haus-owners-closing-business-sex-marriage/29114043/

Should the state force one business to close its doors, rather than allow its owner to make a living without violating their religious beliefs?

Should it matter that other nearby businesses can and will accommodate the “injured” party’s need?