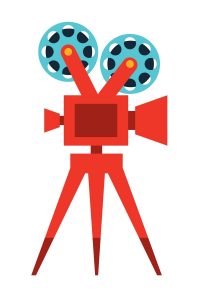 Businesses come in all shapes and sizes. And Christians who own them express their faith through them in different ways. Like this private business owner (whose name has been withheld from publication)…

The owner was approached by a member of the community who wanted to use the facilities to show a film. The film was entitled, “Caesar’s Messiah: The Roman Conspiracy to Invent Jesus.” The business owner gave permission for the showing of this film. The advertising for the film, however, became another matter altogether.

The business owner asked that the film promoter post a more accurate description of the event on the owner’s website. The showing was then held as planned.

Following the patron’s use of the owner’s facilities and a showing of the film, she filed a complaint with the Florida Commission on Human Rights (FCHR) and alleged that she had been a victim of discrimination. Why? Because the owner asserted control over the content of the patron’s advertisement which was posted on the owner’s website.

Please note the “crime” in question: The business owner insisted that the misleading title of the film be changed to accurately reflect its content. In keeping with the Center’s guidelines for truth in advertising.

The American Center for Law and Justice (ACLJ) intervened on behalf of the business owner, in response to the FCHR complaint… explaining that the owner did not engage in discrimination, and that he maintains the right to exercise editorial control over the content of his website.

The FCHR agreed, rendering a determination of “No Cause.” The FCHR accurately concluded that “the requests [made by the center] were to ensure that the nature of Complainant’s event coincided with [the center’s] guidelines, and not an intent to discriminate.”  https://aclj.org/equal-access/victory-for-liberty-defeat-anti-christian-activists

Truth in Advertising. A revolutionary concept? Hardly. But this scenario might have had a very different outcome.

What if the business owner had just acquiesced to the film promoter’s false advertising?

What might the implications have been for the Center’s reputation? Or for the movie-goers who thought they were seeing an objective documentary?