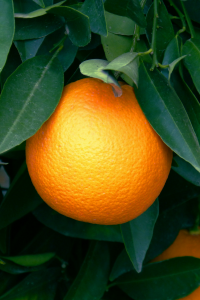 This blog’s title is one of the many slogans of the company I’m highlighting today. Can you guess who it is? Maybe this slogan will help: 100% pure squeezed sunshine.

Got it? Give up? It’s Tropicana Products, Inc. Yes, the orange juice giant.  http://www.sloganspoint.com/company/tropicana/

Tropicana has been in the orange juice business for over 70 years, since its founding in 1947 by immigrant Anthony Rossi. After going public in 1969 and being subsequently sold to Beatrice Foods (1978), Seagram Company (1980’s), and PepsiCo (1998), Tropicana has become the world’s leading producer of branded fruit juices.

But it is the root of this citrus tree that interests me most. Because out of the root, the tree flourishes.

Anthony, a native of Sicily, immigrated to the U.S. at the age of 21. With all the credentials you would expect of any future entrepreneurial powerhouse, right?

Wrong. His credentials were as follow: No English. No formal education. No money. No connections. His business education came through hard work and tenacity. As he navigated through numerous businesses in New York, Virginia and Florida. Before his greatest business achievement…

… the transformation of a small orange juice company in Bradenton, Florida. Which became its industry leader and a household name.

Surely Anthony’s spiritual journey was at the core of his noteworthy business achievement. As recounted by Giants for God:

Anthony was raised a Catholic but after selling his New York City grocery business, began reading the Bible and attending the First Methodist Church. He then began to daily commune with Jesus Christ, subsequently taking everything to the Lord in prayer. He began to give God the glory for the solutions to difficult problems and the development of new ideas.”

What a concept… Amen?

Anthony retired in 1978, after Beatrice purchased Tropicana for $500 million. That’s a lot of oranges! But the word “retirement” cannot be found in the Bible he loved. So…

Anthony subsequently advanced the Gospel through his Aurora Foundation. His initiatives included the Bradenton Missionary Village — a 100-acre, $10 million retirement communiity for Christian missionaries. And the Bible Alliance  — recording scriptures and sermons for the blind and incarcerated.

In 1983, Town and Country Magazine named Anthony one of the top ten most generous living Americans. Because pleasing God had become his primary objective in life. A life that ended in 1993.

(At least, this side of Heaven). He was just 92 years into his Eternal Life.

I love fresh orange juice as much as the next person. But it occurs to me that Anthony had another taste that showed on his face… and throughout his business and life.

What’s putting the smile on your face today?

Does the concept of Christian entrepreneurship – building a great business that also has eternal impact – resonate with you? If so, would you like to connect so we can explore how we can learn from and support each other?

EMAIL me at [email protected] OR find me on LinkedIn at https://www.linkedin.com/in/diana-furr/