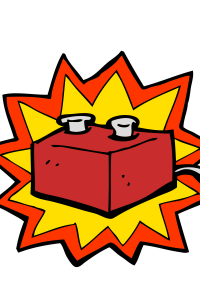 I have had more than one dead car battery over the years. And when that battery is dead, so is the car. Grounded. Going nowhere. But where do car batteries get their life? For one industry leader, I guess you could say it has been from The Life Giver Himself — Jesus Christ.

In 1950, John Searcy began selling and delivering car batteries to wholesalers in Dallas/Ft. Worth out of the back of his pickup truck. Two years later, he founded his company… naming it Interstate Battery System. At least, in part, after the new interstate highway system being built in the U.S.    https://en.wikipedia.org/wiki/Interstate_Batteries

In 1978, John turned Interstate’s leadership over to a new CEO — Norm Miller. Just four years after Norm had sought new leadership for his life. A spiritual awakening was at the root of his personal leadership transformation. In May of 1974, Norm became a born-again Christian.

“I came to Christ under duress. I realized I had become an alcoholic and all of the life-trappings I acquired were no longer satisfying to me. I was an empty person… anxious with the fear of failure… I began to read the Bible… to compare archeology, antique manuscripts, and fulfilled prophecies of the Old Testament and New Testament. All of a sudden, I realized there was too much for this not to be true.”    https://christiannews.christianet.com/1097671515.htm

I’ve been a fan of Norm Miller for decades. As a savvy businessman who successfully integrated his life and work and faith. Norm believes his Christian faith should be “out-front” not only in his personal life, but in his capacity as corporate CEO. Exercised boldly, but with sensitivity. A great fit for a privately-held company founded on Biblical principles.

The philosophy guiding Interstate’s culture sounds very much like the Golden Rule. Treating others as they want to be treated — with respect, fairness, and integrity… caring for and listening to them… professionally serving them… always being a model of working hard and striving toward excellence.    http://www.empowerenergyinc.com/about-us.php

This commitment to caring for its business associates is at the root of Interstate’s investment in making corporate chaplains available to its people. https://www.deseretnews.com/top/1700/18/Interstate-Batteries-20-companies-with-religious-roots.html

Hiring practices at Interstate include clear discussions with potential employees about the company’s core values. These are not only Christian; they make good business sense. According to Norm, at Interstate they value being “real” with everyone, believing their faith will speak for itself.    https://christiannews.christianet.com/1097671515.htm

Although Norm no longer serves as CEO, he continues to exert strong leadership as Chairman of the Board and through CEO succession planning in this company that now exceeds $1.5 Billion in annual revenue.   http://blogbattery.com/2013/02/interstate-batteries-president-and-ceo-passing-leadership-torch

Any other fans of Interstate out there? (Or their NASCAR support for Joe Gibbs?)  🙂