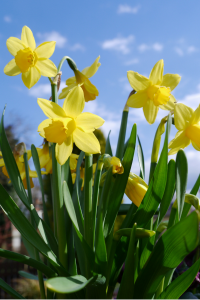 Could I please order a whole bouquet of them today?!   🙂

Nineteen days ago, the U.S. Supreme Court ruled on behalf of Jack Phillips, the Colorado baker. Overturning the decision of the Colorado Civil Rights Commission, which found Jack guilty of sexual orientation discrimination when he declined to create a cake for a same-sex couple.

The Commission had not given Jack’s religious objections the neutral consideration required under the Free Exercise [of religion] Clause of the First Amendment of the U.S. Constitution. The Commission’s bias against Jack’s faith was palpable.

Just a few hours ago, the U.S. Supreme Court handed down an order impacting another Christian creative professional.  Barronelle Stuzman, the florist in Washington whose case I highlighted on May 30, 2018. https://championsofdestiny.com/how-did-my-friend-become-my-foe/

Barronelle had graciously declined to create a floral arrangement for the same-sex wedding of a long-term customer and friend. He, his partner and the State of Washington then sued.

The State of Washington had thusfar won. All the way to its own State Supreme Court. Which ruled the government could, in fact, force Barronelle to create custom floral arrangements despite her faith-based objections. Ruling also that she must personally pay all of the ACLU attorneys’ fees throughout their representation of her accusers.

A 72-year-old grandmother, a small business owner, on the hook for 100’s of thousands of dollars? Maybe more?

This morning. there is HOPE!

Barronelle, aided by the Alliance Defending Freedom (ADF), had petitioned the U.S. Supreme Court to hear her case. They had put her on hold for months, pending their ruling in Jack Phillips’ case. Today, as the High Court approaches the end of its current session, they issued the following three-part order:

I’m praising the Lord for this glimmer of Hope! And yet…

Central to Jack’s win at the High Court was Colorado’s government hostility to his religious objections. Was government hostility of a similar kind present in Washington? Such that Barronelle’s case was not considered with the neutrality required to preserve her constitutional right to freely exercise her religion?

ADF’s answer? Yes! “The State of Washington, acting through its Attorney General, repeatedly demeaned Barronelle’s faith. And… pursued unprecedented measures to punish Barronelle while deciding not to file another lawsuit when another business obscenely berated and discriminated against Christian customers.”    https://www.adflegal.org/barronelle-stutzmans-story2-challenge

If ADF is right…

Is the bias still there? Have the players changed? If not, will Washington’s lower court be able to reverse itself? Or will it merely seek to justify its original ruling by putting a different “spin” on it? Will the U.S. Supreme Court be watching?