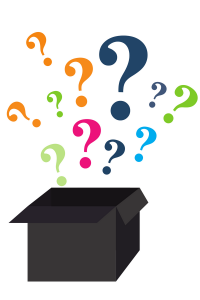 I am filled with questions. Questions without easy answers.

I have learned a lot as I have explored the topic of religious liberty for the last eight months. It’s natural that I would have a heart for the marketplace, having worked since I was a teenager. And having served at every corporate level.

I didn’t fall in love with Jesus until I was 36 years old. It didn’t take Him long to convince me that He didn’t just want me to hang out with Him on Sundays. He wanted my Mondays through Saturdays, too.

And since I spent well more than half of my waking hours working at my career, I began to realize He meant business in a way I had never envisioned.

Back when I had bosses, He was an even Higher Authority. Once I graduated to business ownership, He quickly clarified: I was to steward what He owned.

Ensuring the Returns On Investment that mattered most to Him.

Ministry in the Marketplace — impacting the world for Jesus, through whatever business sphere of influence He entrusted to me — became my passion. Decades later, that passion remains.

Maybe that’s why I have been so intrigued (and increasingly, concerned) by the growing tension between our changing culture and the free expression / exercise of deeply-held religious convictions.

Until now, some businesses have seemed mostly insulated from this clash. Others have lost significant revenues as they have chosen (or been forced) to exit certain segments of business to avoid compromising (or denying) their beliefs.

Some have faced exhorbitant fines. Even threats of imprisonment. Some have endured protracted legal battles, yielding expensive wins or losses. Still others have closed their doors altogether.

Is there (and/or should there be) space in the marketplace for all customers to get access to the products and services they want AND for Christian business owners to also be able to exercise their religious convictions in withholding same?

Should Christian business owners maintain a ‘Live and Let Live’ approach to the marketplace — i.e., focus on serving their customers and leave ministry and witness of their faith to their houses of worship?

When does “Live and Let Live” actually become “Live.. and Let Die?”

If a Christian business owner’s exercise of his or her deeply-held religious beliefs conflicts with the law of the land, when, if ever, should the business owner capitulate?

When, if ever, is it incumbent on a Christian business owner to resist the law of the land and appeal to (act in accordance with) a Higher Authority?

Whose problem is it when even one Christian business owner suffers persecution (i.e., “hostility or ill-treatment because of religious beliefs”)?

When does one precedent become a slippery slope, implicating others? Or a sinkhole? Or an abyss?