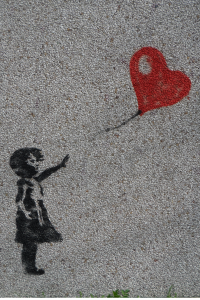 Few businesses have achieved the geographic and financial reach of the one I profile today.

Geographically (as of 2017), it touched people in more than 200 countries. 100 million households in the U.S. alone. Financially, its value was estimated at $230 million.  https://en.wikipedia.org/wiki/Marcus_Lamb

Some would say this company reaches all the way to Heaven. And its value is priceless.

Daystar Television Network is the second largest Christian TV network in the world. Its founder, President and CEO is American televangelist Marcus Lamb.

In 1980, Marcus founded The Word of God Fellowship — the company that would later start Daystar. In 1982, he married Joni Trammell, and the two spent their early years together as traveling evangelists.

In 1983, during a visit to Israel, Marcus felt a leading from the Lord to move to Montgomery, Alabama and start a Christian TV station. So they did. Starting the first full-power Christian station in the state.

After selling it to Trinity Broadcasting Network in 1990, Marcus and Joni moved to Dallas. Launching Daystar in 1997 with a live broadcast of T.D. Jakes’ New Year’s Eve service at Potter’s House Church.

Through their daily talkshow, Marcus & Joni, they have interviewed many influential leaders, among them:

But most noteworthy, some would say, is the marital reconciliation and nationally-televised confession following Marcus’ extramarital affair.

Joni was devastated when she learned of the affair. Yet, while praying, she felt the Holy Spirit respond: He’s worth fighting for.  Marcus took “100% responsibility” for his actions. And, after several years in Christian counseling, he and Joni fully reconciled.

Their public announcement (in 2010) about the infidelity came only after three women (former employees) allegedly asked them for $7.5 million in exchange for their silence. The Lambs refused to pay anything, going public instead.

No criminal charges were filed, and civil suits and counter-suits between Daystar and the three women were all either dropped, thrown out or dismissed by December 2011.

The Lambs have even appeared on mainstream programs like Good Morning America and Dr. Phil, to share their experience and do all they can to help other married couples stay together.

What takeaways stand out the most? The Lord’s amazing favor? His resurrection power that can raise a life and a marriage from the dead? His long-suffering patience and perseverance? His faithfulness and forgiveness?