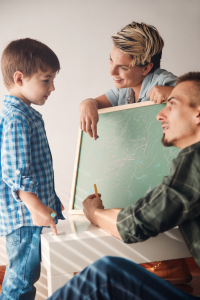 His dad was an electrician. A down-to-earth guy who was fired after many years on the job. Maybe that’s why he instilled such a strong entrepreneurial vision into his son:

“Own your own business son,” his father had advised. “Own it. Work hard at it. Set high goals for yourself and never give up, no matter what.”   https://www.nytimes.com/2018/09/06/obituaries/richard-devos-dead-amway.html

Richard DeVos took his father’s advice to heart. Perhaps even more so when his dad died in 1962 of a heart attack. At age 59. Richard, the son, died September 6, 2018… at age 92. And left a legacy far beyond what his father had dreamed possible.

His company is a household name. But, perhaps, his legacy is not.

Rich and his childhood friend, Jay Van Andel, founded Amway Corporation in 1959. They started with one product — a concentrated, bio-degradable, environmentally-friendly cleaning product. (Decades ahead of its time?)

Since then, they transformed privately-owned Amway into a global giant whose 2017 sales surpassed $8.6 billion. With more than 17,000 employees and hundreds of thousands of independent salespeople.

Rich and Jay named Amway for “The American Way.”  They built it on the basis of four key principles:

Freedom: Providing people with the opportunity to change their lives by owning their own business.

Family: Becoming a global family that engages in mutual encouragement, respect and care.

Hope: Creating an environment where dreams — and the hope it takes to realize them — can thrive.

Reward: Fostering happiness through earned success + rewarding acheivement in everyone they touch.

Rich’s evangelical Christian faith and his business fervor deepened after his successful 1997 heart transplant. This life-changing experience gave birth to four inspirational / autobiographical books and a passion for motivational speaking.

Rich wrote: Believe!, Compassionate Capitalism, Hope from My Heart: Ten Lessons for Life, and Ten Powerful Phrases for Positive People. Offering encouragement and hope based on his real-life experiences. In areas such as persistence, confidence, respect, accountability, and faith.

Rich also bought the NBA Orlando Magic in 1991. To broaden his faith influence. Magic CEO, Alex Martins, acknowledged Rich’s “boundless generosity, inspirational leadership and infectious enthusiasm.” He was known and appreciated for spending time with (and mentoring) his players.

But his Christian legacy is also reflected in his namesake. He was Rich — in name and bank account. He and his family were worth billions. But giving his money away seemed to become Rich’s full-time job in his later years.

And Rich passed that legacy on to his children. Who enthusiastically followed his lead. In 2016, the DeVos family gave $111 million to charities. In ONE year.

And this is their pattern. Year-after-year. Much of their giving — through the Richard and Helen DeVos Foundation and their children’s foundations — focuses on the advancement of Christian causes.

Like Partners Worldwide, pairing Christian business owners with third-world entrepreneurs in need of advice and capital. And The Urban Institute, putting 800 youth leaders in 32 cities (by 2012) through an intensive 15-month training program to enhance their personal and ministry effectiveness.

How does Rich inspire you?