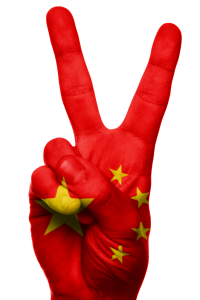 Ken Yeung is similar to many other Silicon Valley entrepreneurs. At least, in some respects. He’s hard-working. And he’s driven by a clear vision.

But unlike many Silicon Valley entrepreneurs, his vision carries The Name above every name — Jesus Christ. The company he founded in 1985 is called Prince of Peace Enterprises.

Ken’s background is atypical, too. He was born in China during the Communist Revolution. His father was jailed as a suspected capitalist because he was the son of a successful farmer.

Ken’s mother, left to raise their eight children with no means of support, had to make some agonizing choices. Like giving away two of their daughters. And having their oldest son take their youngest — Ken — to live with their grandfather in Hong Kong.

Neither Ken nor his family were Christian. But Ken attended a government-subsidized Christian school.

His life was changed through a teacher/missionary from England. Ken’s testimony of her influence is a discipleship lesson for us all:

“She really cared about us. She often invited the students to the park for picnics and for afternoon tea as a way to get to know us better. She taught us Scripture. And we often prayed together. I realized that I wanted to be just like her.”

As he grew, Ken envisioned starting and building a business upon the ethical principles of evangelical Christian faith. A company people could rely on and trust. He made a contract with God:

“Regardless of what I do, whether in business or anything, I want to be a genuine Christian. If You are leading me to business, I want to acknowledge and remind myself that I am Your servant and Your steward and want to manage the business for You.”

Its Asian Market Division leads the industry in importing, distributing and marketing European and American products to Asian Markets across the U.S.

The prestigious Singapore American Business Association honored Ken as Entrepreneur of the Year. But he defines success as running his business in a way that honors God and helps people.

Prince of Peace Foundation was started with company profits to help special needs children in China, who are often neglected and not adopted. Its Children’s Home (POPCH) now brings the love of God to orphans and families outside Beijing.

Ken used his influence with government officials to cut through red tape and biases against U.S. involvement in China to start POPCH and get World Vision accepted as the organization managing it. The very first official foreign-run children’s home in China.

Isn’t it amazing how the Lord opens doors? Especially those normally closed to Christians?