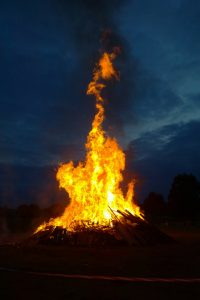 On Kingdom POWER Friday, we seek to glean lessons from battle-tested business leaders who are seeking to impact the marketplace for Christ.

Monday’s profile introduced Chic-fil-A (https://championsofdestiny.com/wheres-the-beef-not-here/). Today, I note the 2012 firestorm it faced. (See https://www.snopes.com/politics/sexuality/chickfila.asp for documentation of the following events).

Chic-fil-A is run by devout Christians. Its president, Dan Cathy, affirmed — in interviews with the Baptist Press, the Biblical Recorder and the Ken Coleman talk show — that its marriage-related donations and programs support the traditional family unit. In the wake of his comments, critics contended that Chic-fil-A has an anti-gay bias.

As Paul Carpenter wrote, in the Morning Call:

“Chic-fil-A became a target for a boycott… because… Cathy had the audacity to express his personal views about marriage [the biblical definition of the family unit]…That enraged some politicians, including Boston Mayor Thomas Menino, who suggested the restaurant chain had better get out of his town… organizations like the Gay & Lesbian Alliance Against Defamation called for a Chic-fil-A boycott.

In response to GLAAD et al… former Pennsylvania Senator Rick Santorum and former Arkansas Gov. Mike Huckabee… called for … a boycott of the boycott, highlighted by ‘Chic-fil-A Appreciation Day’ on Wednesday. Hordes of people… [flocked] to Chic-fil-A restaurants all over the nation… record sales for the chain were reported.

GLAAD [called] for ‘National Same-Sex Kiss Day,’ in which homosexual couples were asked to go to a Chic-fil-A on Friday and kiss each other as much and as annoyingly as possible.”

Carpenter skipped that day, but went to check out a nearby Chic-fil-A. “I was most impressed… with the way the place is run. All the people working there were very polite, articulate and friendly,… the kind of young people you’d be happy to have your children date… Not a visible tattoo in the bunch, and their outfits… were spotless… no homophobic signs on the walls, [only] a quote from Truett Cathy, ‘Food is essential in life; therefore, make it good.’ It was the cleanest fast-food restaurant I ever saw.”

Carpenter (who said he supports the basic goals of organizations like GLAAD) concluded the only thing they had accomplished was to call attention to the positive attributes of a chain many may have ignored before.

“… seems to me… if you have an agenda, you’ll be better off espousing what you believe and challenging, as individuals, those with opposing views — instead of trying to punish them by ruining their business or forcing them out of their jobs because they exercise free speech.”   http://articles.mcall.com/2012-08-04/news/mc-pc-mc-pc-chick-fil-a-gay-rights-boycott-backfir-20120804_1_boycott-gay-activists-restaurant-chain

While Cathy regretted that his stance made Chic-fil-A a symbol in the marriage debate, he didn’t change his views on marriage (or his faith-based corporate practices): “We know it might not be popular with everyone, but thank the Lord, we live in a country where we can share our values and operate on biblical principles… I know others feel very different… I respect their opinion and I hope… they would be respectful of mine.”   https://www.forbes.com/sites/clareoconnor/2014/03/19/chick-fil-a-ceo-cathy-gay-marriage-still-wrong-but-ill-shut-up-about-it-and-sell-chicken/#13c207742fcb\

What lessons do you see here that can help empower other Christian business owners who may face similar opposition?