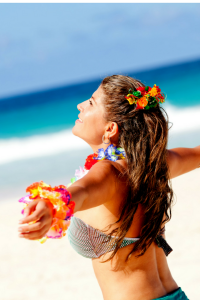 This day represents Kingdom POWER like no other day.

Because we can’t fully appreciate the Wonder and Joy of Easter Sunday without passing through The Glorious and Gruesome Cross of Good Friday.

The Powerful Cross — where Jesus Christ paid the death penalty we all deserved. So that we all might be given the Gift of Eternal Life through His Resurrection. If we will just believe and receive.

Such Power is worth celebrating… Amen? Maybe that’s why many states have (historically) declared Good Friday a state holiday. And many businesses are closed as a result.

Much to the delight of many employees.  🙂   And much to the chagrin of many atheists.

Hawaii is one of thirteen states that have declared Good Friday a holiday. Initiated by the Territorial Legislature In 1941. Eighteen years before Hawaii achieved statehood.

Opposition to this is nothing new.

In the early 1990’s, five Hawaii taxpayers mounted a constitutional challenge to Hawaii’s right to maintain Good Friday as an official state holiday. The challenge was defeated in the lower court. The U.S. 9th Circuit Court of Appeals announced that a majority of the circuit’s 27 judges had voted against granting a rehearing.  http://articles.latimes.com/1991-08-14/news/mn-472_1_state-holiday

In the majority opinion, Appeals Judge Diarmuid O’Scanlain said, “We are persuaded that nothing more was ‘established’ by the Hawaii statute than an extra day of rest for a weary public labor force.”

Judge Stephen Reinhardt, joined by four judges, warned: “Good Friday is a wholly sectarian holiday. By contrast with Sunday, Thanksgiving and Christmas — each of which has come to have secular significance — there is no recognizable secular tradition surrounding Good Friday. Good Friday connotes the Crucifixion — and nothing else,”   http://articles.latimes.com/1991-08-14/news/mn-472_1_state-holiday

He’s right about one thing: There is nothing else like the Crucifixion.

In 1998, State Senator Roz Baker introduced a bill to discontinue the Good Friday holiday and, instead, begin a new April holiday called “ALOHA DAY.” The Senator’s bill was introduced at the request of the Hawaii Citizens for the Separation of Church and State, a “government and religion watchdog.”   http://www.hawaiifreepress.com/ArticlesMain/tabid/56/ID/9677/Atheists-Attack-HGEA-UPW-Contract-Demand-Unions-Give-Up-Paid-Holiday.aspx

I couldn’t help but wonder what the word ALOHA means… so I looked it up. It means love, affection, peace, compassion and mercy.   https://en.wikipedia.org/wiki/Aloha

Another challenge was mounted in May 2013 at the Oahu Democrats Convention. Atheists attacked the Hawaiian Government Employees Association UPW contract, demanding the unions give up Good Friday as a paid holiday. The Hawaii State Democrats had passed a similar anti-Good Friday resolution at their 2012 Convention.   http://www.hawaiifreepress.com/ArticlesMain/tabid/56/ID/9677/Atheists-Attack-HGEA-UPW-Contract-Demand-Unions-Give-Up-Paid-Holiday.aspx

This resolution was narrowly defeated. At least in part, perhaps, because this would have adversely impacted so many union workers… causing them to lose a paid holiday?

When Jesus whispers His “Aloha” to you, even today… what will you say?