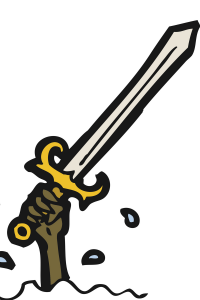 Christian ministry in the marketplace happens in every sector of the economy (private and public) and at all levels of employment (from the owner/CEO to the frontline worker). So does the persecution that springs from such ministry.

KellyMarie brought suit against Theresa and the City of Portland to stop the persecution. A  U.S. District Court federal judge awarded damages and attorneys fees to KellyMarie due to the extreme hostility towards her religion in her work environment.  https://law.justia.com/cases/federal/district-courts/oregon/ordce/3:2012cv01591/108854/176/

I don’t know about you… but to me, it often seems like such legal confrontations are David and Goliath encounters. A small servant of the Lord coming against a giant adversary. (We all know how that true story came out… Amen?!)   🙂

In the case of Kingdom PERSECUTION — the subject of these Wednesday posts — the enemy always wants to appear to be the giant. Hoping to intimidate “small” servants of God into retreat and defeat. The agenda of the thief (John 10:10) is always to steal, kill and destroy — anything or anyone who might advance the cause of Christ in the world.

In the spiritual realm, the enemy is strong… but the Lord is stronger.  “If God is for us, who can be against us?… in all these things we are more than conquerors through Him who loved us.”  (Romans 8:31,37) Yet how does this play out in the physical realm? Especially when both parties are at the bottom — i.e., the least powerful portion — of the organizational pyramid?

KellyMarie and Theresa were both members of a five-person clerical team at the Mt. Tabor office of the Portland Parks and Recreation Department. All five had small desks in the small office, so they worked very closely together every day. Theresa was acting as the “team lead” who gave out work assignments.

KellyMarie’s formal complaint to management (and subsequent lawsuit) were not motivated by a single, isolated incident; rather, by a chronic, consistent pattern of behavior to which she had respectfully objected many times. The federal court ultimately agreed with her.   https://law.justia.com/cases/federal/district-courts/oregon/ordce/3:2012cv01591/108854/176/

What about the spiritual climate of the city where this happened? Portland’s residents are physically active, socially progressive and volunteer-minded. It’s a place where Christian faith has always been marginal.

One of my favorite organizations — The C12 Group, America’s leading Christian CEO and business owner roundtable —  expanded to Portland in 2011… to strengthen marketplace ministry among businesses there. http://www.prweb.com/releases/2011/4/prweb8287518.htm

And Portland is now the site of some of the most innovative church-civic partnerships in the U.S.! Check out this article to see these encouraging initiatives!    http://www.christianitytoday.com/thisisourcity/portland

What “small” servants do you know who need to be reminded today that we serve a BIG God?