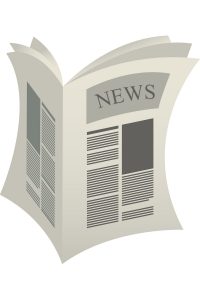 Efforts to remove Christian references from both public and private arenas seem to occur with increasing frequency. Such attempts at censorship can occur to both business owners and employees.

Positional power may or may not be present to help Christians regain any “voice” they may lose to censorship. So, if Kingdom POWER is what we need, what can the rest of us learn from the challenges brought against those who face censorship… and the paths they have taken to successfully confront those challenges?

Cedar Springs Christian Stores sought to run an ad in the Knoxville News Sentinel about an upcoming sale. When the ad failed to appear, the business owner called to find out what had happened. The newspaper informed her that the ad did not go through because it had an offensive word in it. The owner asked what the offensive word was. She was told it was the word “Christian.”

News of the ad rejection garnered much outrage from supporters of Cedar Springs Christian Stores. Several complaints were sent to the Knoxville News Sentinel.  http://www.foxnews.com/us/2016/08/02/newspaper-lifts-ban-on-word-christian-deemed-too-offensive-to-print.html

Soon after the controversy ensued, the newspaper reversed its decision and apologized on social media.The Sentinel’s spokesperson blamed the ad rejection on a technology glitch, and affirmed the paper’s long-standing support of Cedar Springs Christian Stores, The newspaper subsequently ran the ad, giving the store an extra two days free.  https://www.christianpost.com/news/tennessee-newspaper-explains-christian-ad-banned-for-being-offensive-167334/

The business owner had no reason to doubt the newspaper’s explanation. But I wonder… What would have happened had the owner not questioned the ad’s absence? Or if word of the ad’s rejection (and why) had not spread? Or if supporters of the impacted store had not complained to the paper?

So… What do you think?

When do we really get our “voice” as Christians?

Is it when we first choose to openly lift up both the name and the Author of our faith? Or is it when we persevere in the face of opposition, graciously but persistently refusing to be silenced?