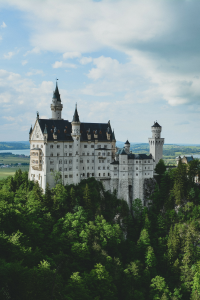 It has been said that a man’s home is his castle… and he is the king. But what happens when the King of kings gets evicted?

Clarence and Donna Dunbar have been in the national spotlight before. They founded the Lighthouse Outreach Center in Port Charlotte, Florida — a soup kitchen ministering to the homeless. Their dedication to serving as volunteers there and in their community — in excess of 4,000 hours — led President Obama to award them the President’s Volunteer Service Award in 2010.  https://firstliberty.org/cases/dunbar/

The first sign of trouble came when Donna was required by Cambridge House leadership to obtain insurance to continue her meetings. Despite the fact that other (secular) groups operating in a similar fashion were not required to do the same. Under protest, Donna complied… hoping for resolution.

The other shoe dropped. On February 6, 2018, the Cambridge House board adopted a resolution stating that “prayers and other religious services, observations, or meetings of any nature shall not occur… in or upon any of the common elements.”

This Resolution was not on the posted agenda, nor were condo owners notified about the proposal. Giving them no opportunity to oppose and/or speak out against it.

Perhaps that was the point.

The Resolution passed. It is so broad that it prohibits condo residents from studying a religious book, watching a religious program, listening to religious music, discussing their religious faith… or even unobtrusively praying silently before a meal or otherwise in the condo’s common areas.

But the religious harassment didn’t stop with the Resolution. In the days following its adoption, Gateway Group sent letters to condo owners, directing them to remove decorative crosses from their doors. It then removed a statue of St. Francis of Assisi and a decorative angel fountain from the building’s courtyard.

An organ in the lobby lounge was the centerpiece of bi-weekly group sing-alongs among residents that included both secular and religious songs. A sign was posted on the organ saying, in all caps: “ANY AND ALL CHRISTIAN MUSIC IS BANNED!”

Condos represent a huge slice of the housing pie in America. There are over 310,000 community associations in the U.S. today, representing over 40 million households… or 53% of the owner-occupied households.  https://hoa-usa.com/about

What precedent would you like to see established here by HUD’s handling of this case?