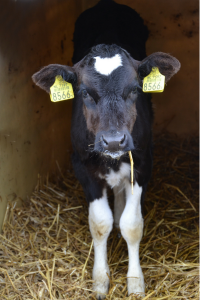 Did you happen to see my December 5, 2017 account of Chic-fil-A’s amazing accomplishments? https://championsofdestiny.com/wheres-the-beef-not-here/

Chic-fil-A had the audacity to open its largest restaurant in the world on Fulton Street in March 2018. The company’s fourth in Manhattan. I’m not sure why #4 garnered such editorial vitriol. According to Dan Piepenbring, “Enough, we can tell them. NO MOR.”  (In the parlance of Chic-fil-A’s “ultimate evangelists”… the cows that encourage us to Eat Mor Chikin).

What is Piepenbring’s beef? (Sorry… I couldn’t resist.)  🙂  In his own words: “… the brand’s arrival here feels like an infiltration, in no small part because of its pervasive Christian traditionalism. Its headquarters, in Atlanta, are adorned with Bible verses and a statue of Jesus washing a disciple’s feet. Its stores close on Sundays.”

How dare they engage in such shocking and shameful corporate behavior! Oh… Maybe because it’s Chic-fil-A’s right? Their choice? Won’t such offensiveness drive them right out of the marketplace? (Then how is it that they make more in their six days of weekly operations than ALL of their fast-food competitors do in seven?)

Piepenbring continued his indictment of Chic-fil-A: “Its CEO, Dan Cathy, has been accused of bigotry for using the company’s charitable wing to fund anti-gay causes, including groups that oppose same-sex marriage.”  Because in Piepenbring’s view, a view shared by many in our culture today, there is no legitimacy to a faith-based (Biblical) definition of marriage.

According to Piepenbring, even Chic-fil-A’s emphasis on community “suggests an ulterior motive. The restaurant’s corporate purpose still begins with the words ‘to glorify God…'”

Will the horrors never cease?  🙂

Social media backlash to the article was swift. Here are just a few of the tweets:

“New York City is a melting pot of diversity and culture that welcomes illegal aliens, but keep out those invading Christian-owned businesses.”  “Just eat the food and enjoy or don’t eat the food. Your choice!” “I went to chic fil a… I ordered my food… No one preached to me… The lemonade is amazing.”  “Good god, I hate the christian nonsense as much as anyone, but Chik-fil-A has been in NYC for years. It’s just CHICKEN. For the love of god.”  https://www.washingtontimes.com/news/2018/apr/15/new-yorker-bemoans-chick-fil-creepy-infiltration-n/

Piepenbring’s parting shot? Those pesky cows! “… they’ve remained one of the most popular, and most morbid, advertising campaigns in fast-food history… It’s worth asking why Americans fell in love with an ad in which one farm animal begs us to kill another in its place.”   https://www.newyorker.com/culture/annals-of-gastronomy/chick-fil-as-creepy-infiltration-of-new-york-city

Leading another columnist to opine: “How do you take something so innocuous and try to paint that into something insidious? Oh, yes, that Christianity thing. How do you hate and fear a religion so much you even see evil in cows?”   https://breaking.americanewscentral.com/2018/04/15/new-yorker-columnist-chick-fil-creepy-christianity/

And how can we who love and revere Jesus respond to those who hate and fear Him?