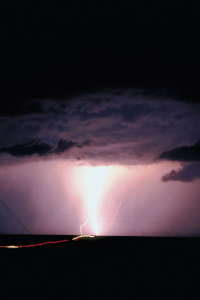 His first —This Present Darkness (1986) —  stayed on the Christian Booksellers Association’s top ten bestsellers list for over 150 consecutive weeks. This one and his second — Piercing the Darkness (1989) sold over 3.5 million copies worldwide.  https://en.wikipedia.org/wiki/Frank_E._Peretti

Frank has also been prolific, writing for adults, teens and pre-teens. More than 12 million copies in print.

Why profile a Christian author in a blog about Christian business owners? Perhaps because, unlike most authors, writing and publishing books fulltime is how Frank makes money? Or because he’s used much (all?) of his writing to impact the world by expressing his Christian faith?

Frank’s most personal work was rooted in his childhood trauma.

Suffering from cystic hygroma — a malformation of the lymphatic system — Frank’s tongue became a tumor in and of itself. Big, Stuck out. Black and bleeding. By his own description, hideous.  http://www1.cbn.com/700club/frank-peretti-man-and-monster

Predictably, at school he suffered merciless bullying — physical and verbal. Soul-wounding bullying. Years of it.

Frank retreated, becoming timid. Raised Christian, he was taught to never fight. So he never did… becoming an easy target. Whatever pushing, shoving or hitting came, he took it. His imagination became his escape.

Many of Frank’s novels portray monsters. Frank says it’s because they “could control their situations. They were ugly… outcast. I could identify with that… I felt like a monster too. I wished I could be [one… to] … terrorize somebody for a change instead of them terrorizing me.”

When Frank finally spoke up, he got help. Searching for his place in the world — through music, college, carpentry, even pastoring — he finally realized his dream.   https://www.goodreads.com/author/show/5544.Frank_E_Peretti

Frank’s nonfiction books, The Wounded Spirit (2000), No More Victims (2000) and No More Bullies (2003), have brought healing to countless people… himself, included. As one reviewer writes:

[Frank’s] approach is both tender and tough as he issues a ringing call for… change…. a call for all of us to stop thinking of abuse as “normal,” even among kids… a call for the strong to stand up and protect the weak, not prey upon them…

… a call for those in authority to pay attention to the violence being done to the vulnerable in … our everyday lives and to take action to help… Most of all… a call for bullies and victims alike (many of us are both) to seek the healing and forgiveness offered in Jesus Christ.

For… Only in Christ, Peretti reminds, is there hope for…  wounded spirits — … hope… powerful enough to change everything.